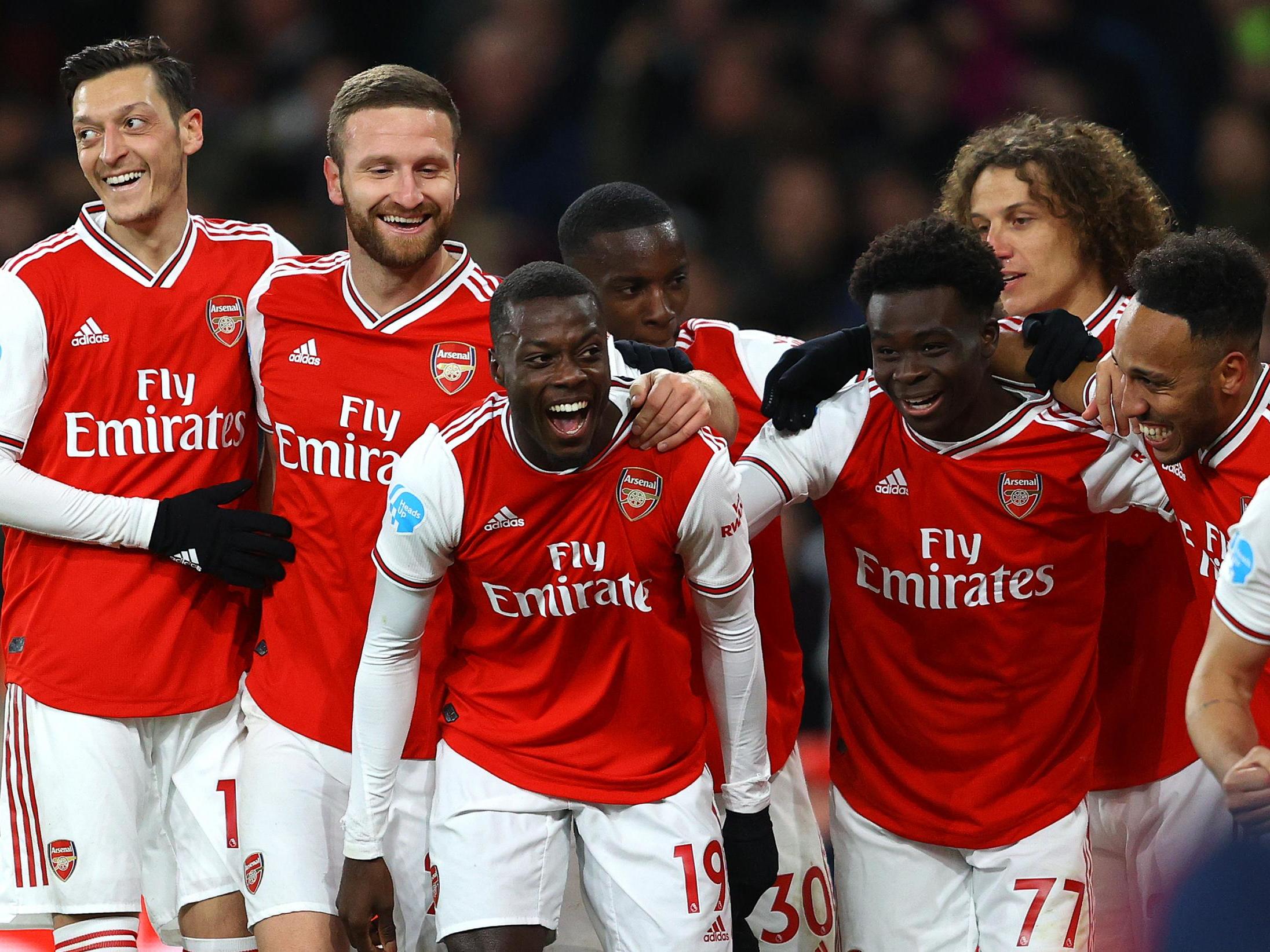 Arsenal‘s top-four push under Mikel Arteta finally ignited with a 4-0 victory against Newcastle United at the Emirates.

Both sides spurned chances in the first half before Pierre-Emerick Aubameyang broke the deadlock after 54 minutes, leaping above Valentino Lozaro at the far post to head home Nicolas Pepe‘s floated cross.

Just three minutes later, Pepe then doubled the lead after a magnificent piece of skill by Bukayo Saka, the teenager nutmegging Lozaro by the corner flag before teeing-up the Ivorian’s sixth goal since joining the club.

Allan Saint-Maximin hit the post as Newcastle looked to force a way back into the game, but Mesut Ozil tapped in Alexandre Lacazette’s cross before the Frenchman finally ended his goal drought with the final kick of the game to complete Arsenal’s first Premier League win since 1 January.

Click through the gallery below to see our player ratings:

Agree? Disagree? Let us know in the comments below.