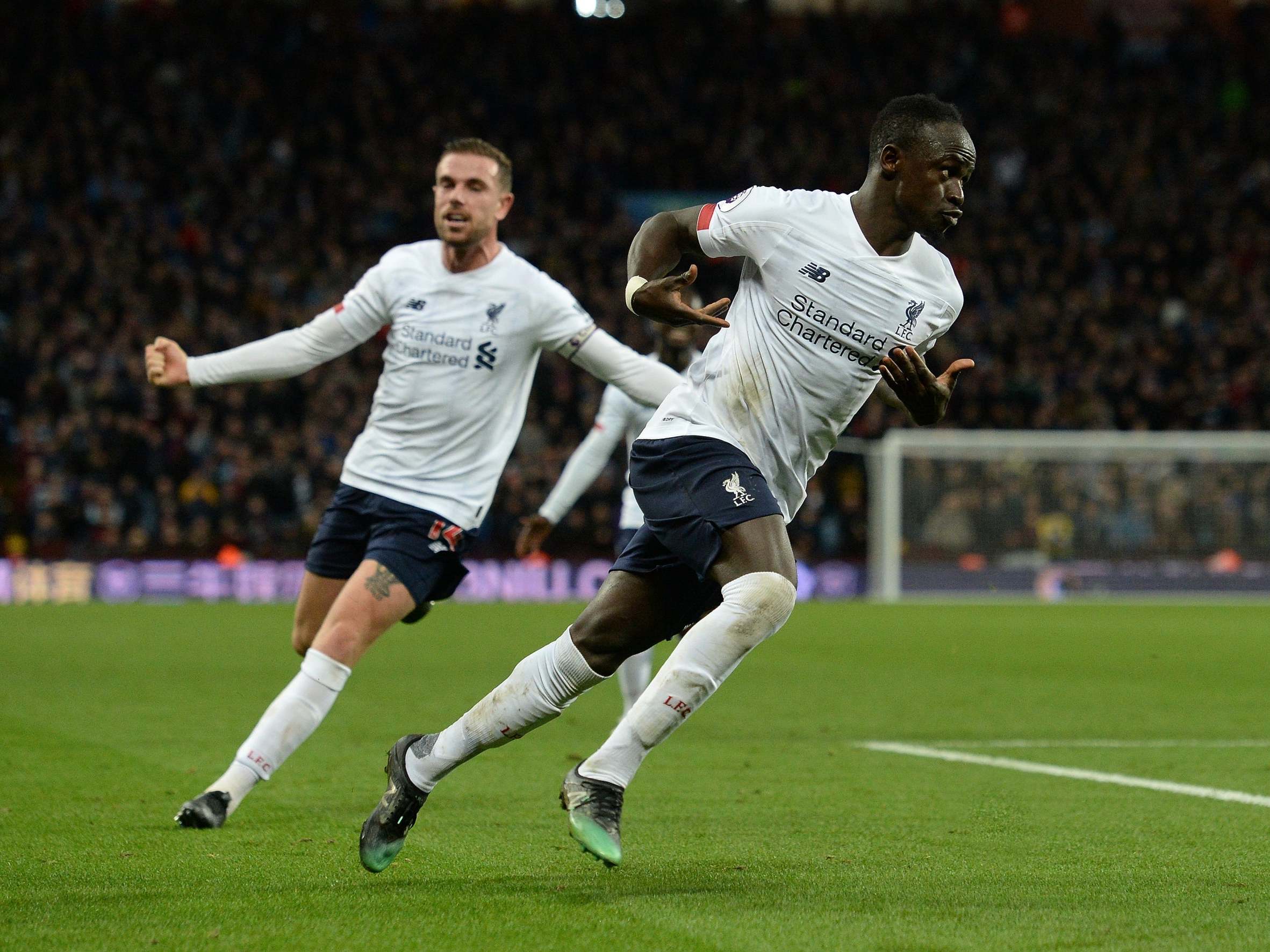 For the fifth time in a row, a Liverpoolleague win comes by just a single goal. For the third consecutive game, they go behind but come back. The gap between themselves and Manchester City at the summit is still six points wide. Their 10-month long unbeaten run remains in tact, but it came perilously close to an abrupt end at Villa Park.

Some will say that this habit of winning games narrowly in such dramatic circumstances is the mark of champions. Others will say it is unsustainable. Until late interventions from Andy Robertson and the superb Sadio Mané, it certainly seemed as though Aston Villa would inflict a first defeat on Jurgen Klopp’s contenders since 3 January.

Dean Smith’s side deserved far more than words of consolation at the final whistle. The newly-promoted side led for more than an hour of play after Trezeguet, a summer signing from Kasimpasa, scored his first goal for his new club. From there on, Villa threw their bodies down to block and frustrate Liverpool’s many attempts to equalise. Until the dying moments of the second half, they were successful.

The hosts began brilliantly, targeting the channels which Liverpool’s adventurous full-backs have been known to leave exposed. Crossing from wide proved particularly threatening. Wesley lost his marker and found space to glance a header at goal from Matt Targett’s centre but his connection was faint and not enough to test Alisson.

Trezeguet would not make the same mistake. Liverpool’s defensive line was caught out once again, this time from a John McGinn free-kick. The Egyptian ghosted away from all opponents and sent a downward header towards goal. It bounced between Alisson’s legs and over the line. It was no less than Villa’s relentless start had deserved. Now, Smith’s side would have to dig in.

Roberto Firmino thought he had equalised shortly before the half-hour mark, only to see the assistant’s flag raised. He had strayed beyond Tyrone Mings, Villa’s last defender. To the naked eye, Firmino appeared onside on television replays but VAR confirmed the original decision. Clarification eventually arrived from the Premier League. Firmino’s armpit was beyond Mings’s right knee. It was, allowing for the margin of error, the correct call.

Liverpool did not deserve parity for their first-half performance, in any case. Villa had matched them toe-for-toe but as time went on, the hosts dropped deeper and deeper. The number of Liverpool opportunities began to build. Tom Heaton blocked one far-post header by Mané with his face. Alex Oxlade-Chamebrlain saw two shots inside the penalty area blocked by Villa bodies in quick succession. Adam Lallana arrived late in the penalty area, like at Old Trafford two weeks ago, but shanked wide on this occasion.

There was nothing inevitable about the equaliser, even less so the winner, but Villa were always playing a risky game by offering Liverpool ways back in. With just three minutes of regulation time remaining, their resistance ended. Mané unexpectedly stepped inside on his wrong foot and crossed deep. Robertson made it count, pounding a header off Heaton’s palms and in. Almost without hesitation, he ran back to the centre circle. This was not over yet.

Trent Alexander-Arnold’s deliveries had caused persistent problems for Villa. In the fourth of five minutes added-on, the full-back played a corner low and to the near post. Mané stooped down low to head the ball, receiving a boot to his face for his troubles, but his connection was true enough to bend it out of Heaton’s reach and into the far corner. There is ‘grinding out results’, then there is this.

Dropping points and seeing their lead cut to three or even four points could have been a significant psychological blow, particularly on a day when Manchester City staged their own late comeback to win. Instead, ahead of a visit from the defending champions to Anfield next week, one that will have a significant say in where this league title is won and lost, Liverpool look like a team that simply does not know how to lose.

Man City heavy favourites to win Carabao Cup final, but by how many goals?
Back to top
This website uses cookies to improve your experience. We'll assume you're ok with this, but you can opt-out if you wish.Accept Read More
Privacy & Cookies Policy
necessary Always Enabled
non-necessary