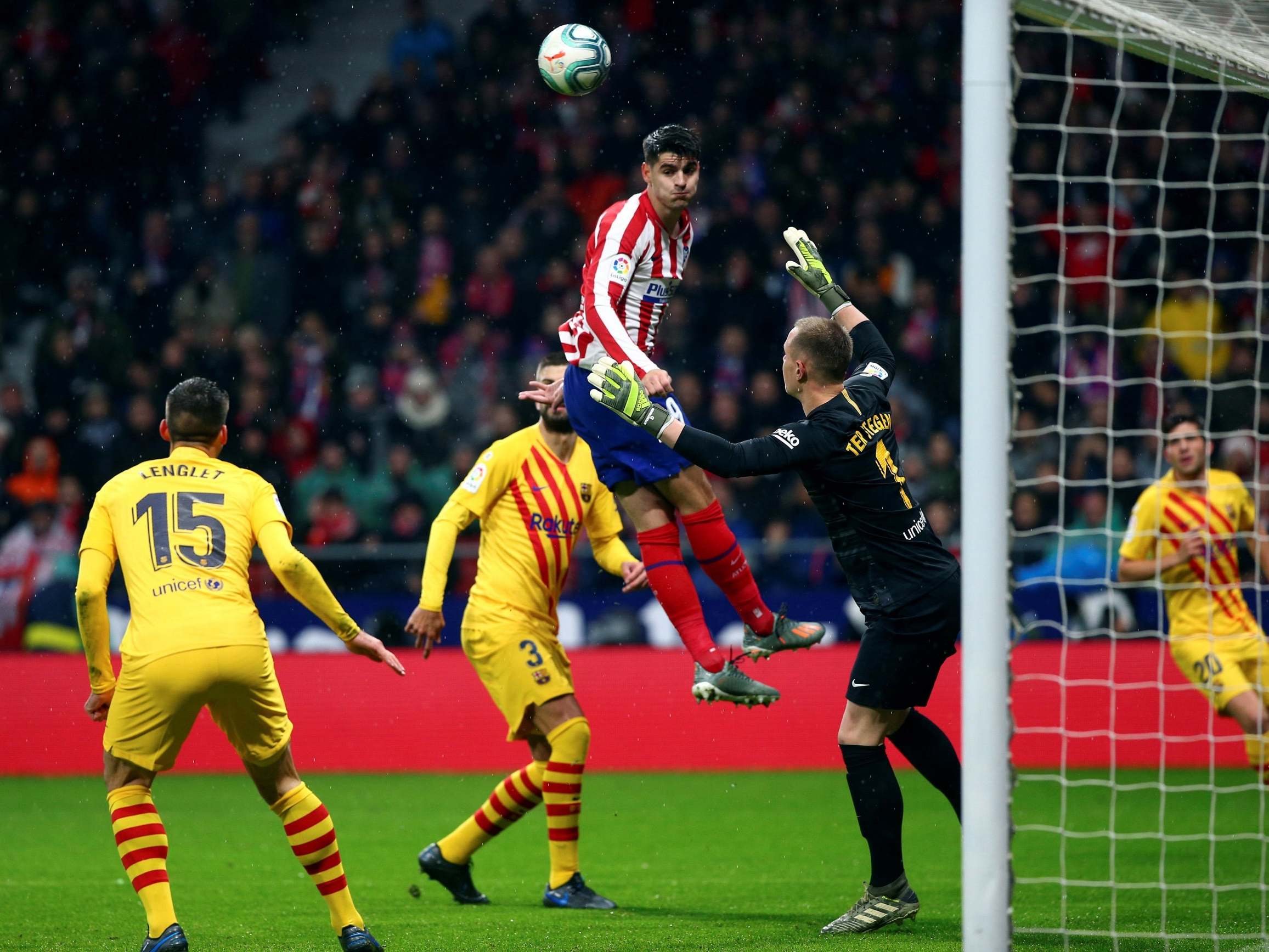 Barcelona face Atletico Madrid in the second semi-final of the Spanish Super Cup on Thursday evening.

King Abdullah Sports City in Saudi Arabia is the setting for this match 24 hours after it hosted the semi-final between Real Madrid and Valencia.

Late Lionel Messi magic earned the La Liga champions three points at the Wanda Metropolitano in December but the 13-time champions are without key personnel in goal and in midfield for this clash.

Atletico also have injury concerns as they bid for a place in the final and a third Super Cup.

Kick-off is at 7pm on Thursday 9 January at King Abdullah Sports City. The final is at 6pm on Sunday 12 January at the same venue.

The match is not available to watch in either Spain or the UK. Spanish television broadcasters decided to boycott the Spanish Super Cup following the controversial decision to host the tournament in Saudi Arabia.

Barcelona are without first choice goalkeeper Marc-Andre ter Stegen, who has suffered in injury to the tendon of his right knee. Neto is expected to start in the German’s absence, while the defending champions are also without the injured Ousmae Dembele and Arthur. Frenkie de Jong is suspended after being sent off for two bookable offences in the 2-2 draw at Espanyol.

Long-term absentees Stefan Savic and Diego Costa are a big miss for Atletico, while captain Koke is also a doubt after missing the last two matches with a thigh problem.

Barcelona are unbeaten in 12 matches but have drawn three of their last four outings and face an in-form Atletico side which has won its last four games in all competitions. However, Messi’s magic was enough to hand Barca victory in early December and he could do the same again. Barcelona 1-0 Atletico