Bruno Fernandaes reveals why he fell in love with Manchester United 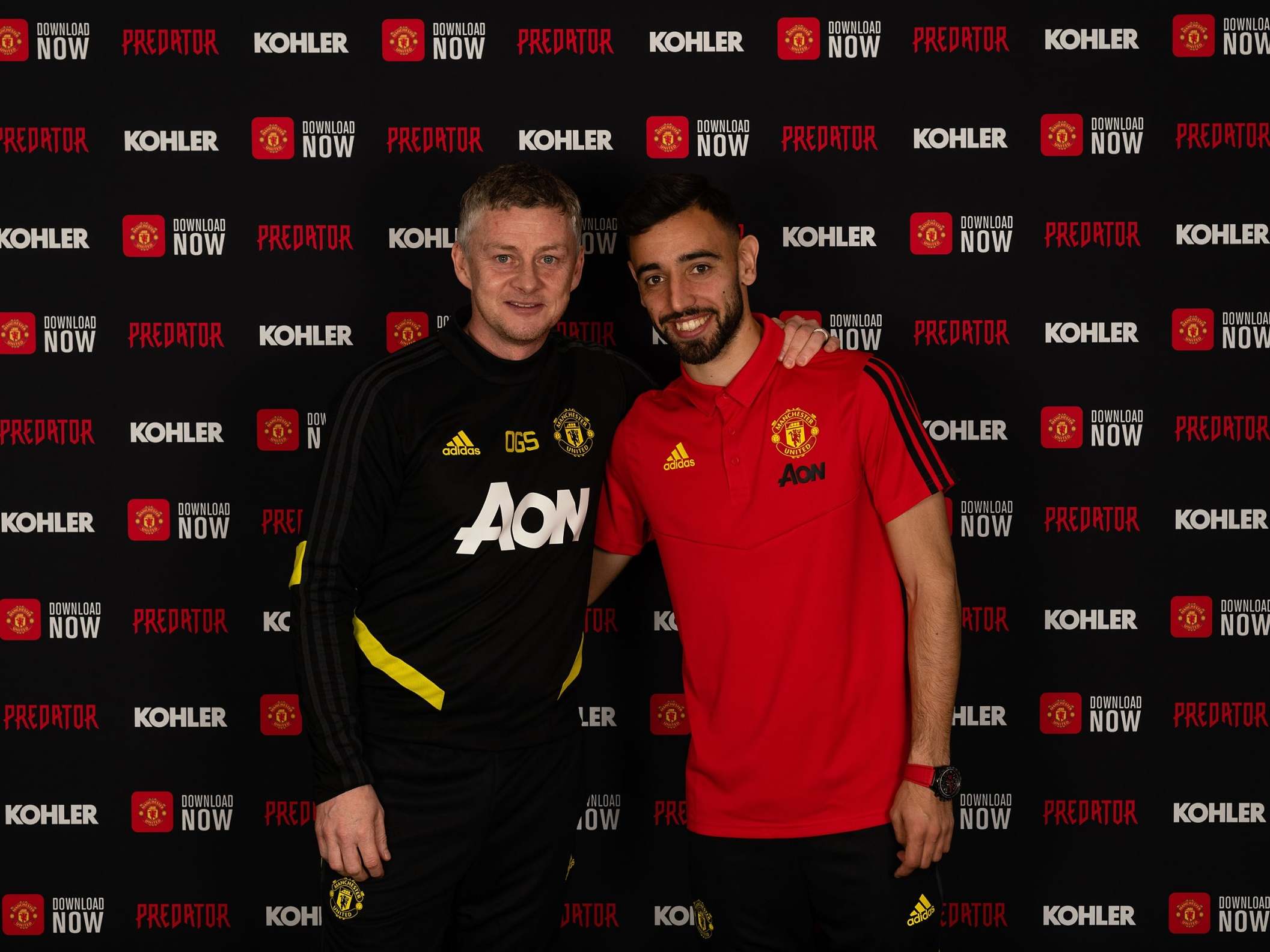 Bruno Fernandes says it was Cristiano Ronaldo who made him fall in love with Manchester United after the midfielder’s initial £46m move was finally completed.

​The 25-year-old has signed a five-and-a-half-year deal with Ole Gunnar Solskjaer’s side and will cost United another £4.2m if they achieve Champions League qualification, with a further £4.2m subject to player participation. Another £12.6m of incentives are based around individual player prizes.

Fernandes completed his medical on and could even be available to make his Premier League debut against Wolves at Old Trafford on Saturday.

Speaking after the move was finally confirmed, Fernandes said: “My love of Manchester United really started when I used to watch Cristiano Ronaldo play and ever since then I have been a big fan of this great club.

“For me to now play for Manchester United feels incredible, I have worked hard to get to this moment and I can promise the fans that I will give everything for the badge to help bring us more success and trophies.

“I want to thank Sporting for everything they have done for me. It is surreal to hear the nice words that have been said about me from players that used to play for this team.

“A massive thank you to Ole and everyone at Manchester United for the trust they have shown in me and I can’t wait to start to repay that on the pitch.”

Tackling the challenge of returning to football
3

FA criticised for ‘binning’ the Women’s Super League without a plan : WomensSoccer
5