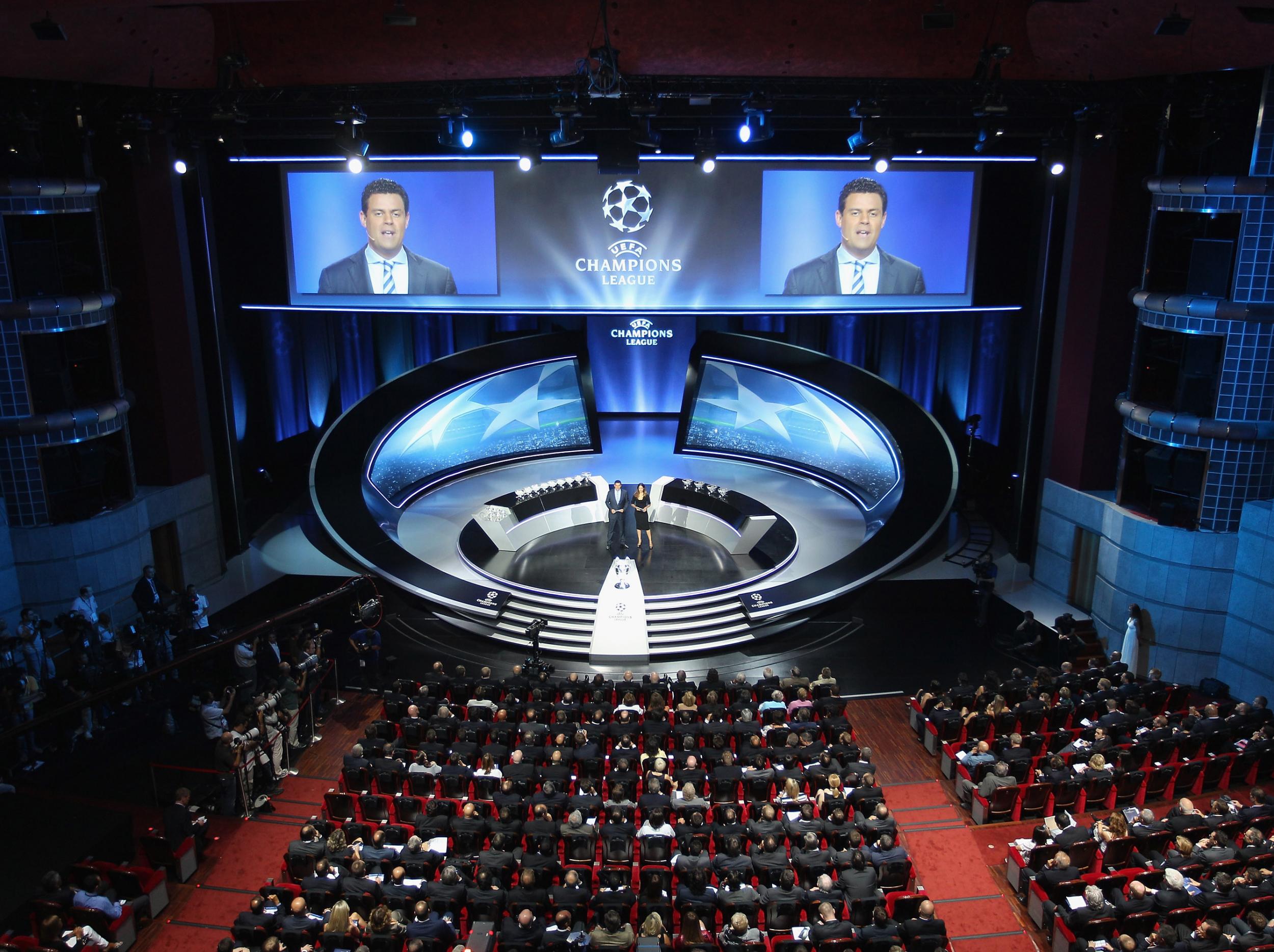 The Champions League group stage is over and 16 teams have advanced.

It is the first time in the tournament’s history that the 16 teams are all from the big five leagues.

City and Liverpool will be seeded, ensuring they have, in theory, an easier path to the quarter-finals.

Chelsea and Spurs will be feared among the continent’s other top seeds though. Here is everything you need to know about the draw.

When and where is the Champions League draw?

The draw will take place in Nyon, Switzerland on Monday 16 December. It is scheduled to start at 11am GMT.

How can I watch the draw?

You can follow the draw on BT Sport or with us with our dedicated live blog.

Is there a live stream for the draw?

Yes, you can watch the live stream of the draw on BT Sport’s app on mobile devices.

When are the last 16 fixtures?

You can also plan for the quarter-final draw, which is set for 20 March.

Here’s Liverpool following that extraordinary win over Barcelona back in April. Still not entirely sure why this lot are not favourites. The one place you would not want to go in this round-of-16 draw is surely Anfield.

Here’s Jose Mourinho on the Champions League draw. He tends to be at his best when his side is an underdog, and Tottenham are certainly that right now.

A reminder that the Europa League draw will follow the Champions League draw, which kicks off in half an hour. Arsenal, Manchester United and Wolves all find themselves in the mix of 32 teams, but it also features some dangerous opponents like Inter Milan and Ajax. There is bound to be a couple of belting ties in there, you would think.

Aprospos nothing, here’s Lionel Messi bopping his head to a drum beat…

Here’s the fantasy team of the group stage – not a shabby front three.

The bookies have Manchester City as favourites, which seems odd to me giving where the reigning European champions Liverpool are in the Premier League right now. Liverpool are second with Barcelona and PSG are close behind, and Bayern Munich are installed as fifth favourites. What’s intriguing this year is that there isn’t really an outstanding team beyond Liverpool, which every big gun showing some fallibility.

When we finally know the fixtures in an hour or so’s time it’ll be worth knowing when they’re going to be.

For the lucky few who will progress you can also plan for the quarter-final draw, which is set for 20 March.

Reigning champions Liverpool, who beat Spurs in last season’s final, will be hoping to avoid a horror draw.

They could be paired with either Real Madrid or city rivals Atletico, with Borussia Dortmund, Lyon or Atalanta their other possible opponents.

Four of those five teams could also be waiting for City, with Napoli a possible opponent instead of Atalanta, who they met in the group stage.

Chelsea look set to get a tough draw as they could face Barcelona, Juventus, Bayern Munich, PSG or Leipzig.

Liverpool and City as group winners get a second leg at home, while Spurs and Chelsea will be away.

Jose Mourinho believes Tottenham will be a team to avoid in the Champions League knockout stages.

Spurs finished second in Group B, meaning they can be drawn against one of Barcelona, Paris St Germain, Juventus, Valencia or RB Leipzig.

Mourinho reckons those five teams will be hoping to avoid his side.

“We have five options,” he said. “We don’t have much to choose.

“Basically every team has five or six options in the draw, the teams that finish first they have better luck than to get Tottenham.

Just to give you a heads up on proceedings today.

The ceremony is set to get underway at 11am GMT in the 100% fictional Uefa town of Nyon in Switzerland/Narnia.

Expect big names on hand to pull those all important balls out as well as a montage or seven.

And these are the unseeded sides, where there are a couple of teams you definitely do not want to draw.

Right then, let’s take a closer look at the top seeds, those privileged few who topped their group and will now, in theory, have an easier route to Istanbul.

Good morning and welcome to our live coverage of the Champions League last-16 draw today.

Reigning European champions Liverpool will be one of sixteen teams in the hat after they topped Group E after beating RB Salzburg in their final game last week.

They’re joined by Chelsea who saw Valencia beat them to top spot in Group H.

Heavyweights Barcelona, Real Madrid, Paris Saint-Germain and more join them in what should be a star-studded line-up of fixtures in the first knockout stage.

We’ll have all the latest updates for you right here: