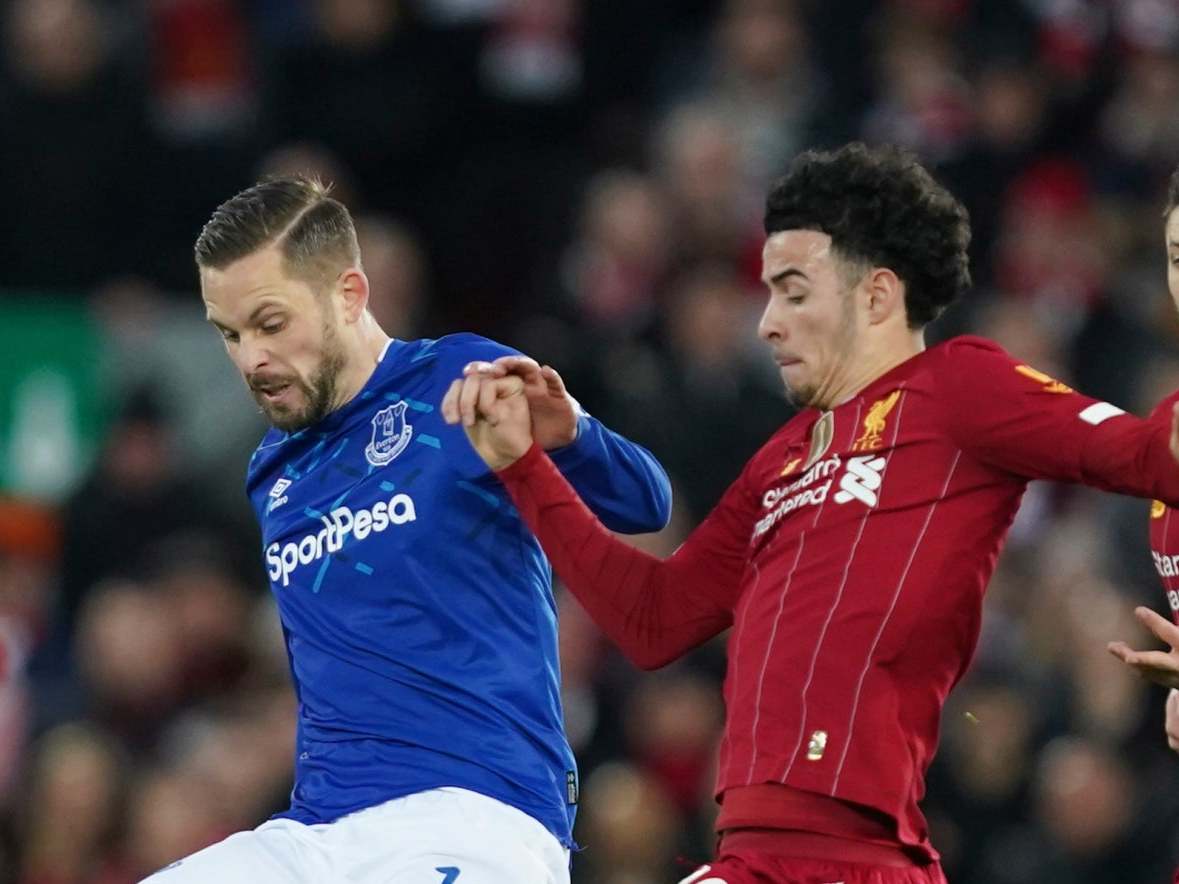 A new manager and a new year, but it still wasn’t enough for Everton to shake their Merseyside derby misery at Anfield. Kevin Campbell’s strike in September 1999 remains the reference point for their last victory on enemy territory after a youthful Liverpool side ejected them from the FA Cup courtesy of a Curtis Joneswonder-goal.

Familiar dejection filled the away end, coupled with a few F-bombs and an overriding thought: if not this time, then when?

Everton fielded their strongest XI and, for large swathes, were the more dangerous side in the final third. Carlo Ancelotti’s men had experience, cohesion and rhythm to their advantage as Jurgen Klopp made nine changes to the line-up that defeated Sheffield United here on Thursday.

He was forced into another amendment early on when James Milner hobbled off with a suspected hamstring injury seven minutes in, further reducing Liverpool’s options in midfield and defence with Xherdan Shaqiri, Naby Keita, Fabinho, Joel Matip and Dejan Lovren still unavailable.

Teenager Yasser Larouci replaced the veteran at left-back, with 22-year-old Joe Gomez the most experienced player in the back four. Liverpool’s most impressive performer, Neco Williams, was meanwhile stationed on the other flank and it was easy to see why Klopp felt the need to reference him as a gem being “created in the shadows” recently.

Trent Alexander-Arnold will have applauded the 18-year-old’s crossing, contributions to the team’s offensive play and his comfort in possession under pressure.

Compact without the ball and dynamic with it, the visitors should have gone into the interval ahead, but Adrian thwarted Dominic Calvert-Lewin and Richarlison with his legs in-between comfortably saving Mason Holgate’s header from a Gylfi Sigurdsson free-kick.

Takumi Minamino, the £7.25 million signing making his Liverpool debut, was lively along with Harvey Elliott, but while the Anfield side carved out pretty patterns with their build-up play, it was Everton stacking up clear-cut chances.

However, there were no goals in a chaotic first half that had a distinct old-school feel. It was intense and aggressive, with neither side being afforded the luxuries of time and space in possession.

As time ticked on, the inevitability that Ancelotti’s charges would curse their wasted openings thickened, especially with Liverpool controlling matters through the excellent Pedro Chirivella.

And, on 71 minutes, Jones made sure that would be the outcome when the Scouser’s lovely interplay with Divock Origi was followed with an exquisite curler from the edge of the area that was in off the bar at the far post.

That goal guaranteed Liverpool, who dominated the second period, a fourth successive home win over Everton for the first time since 1937 and saw Klopp equal Bob Paisley’s club record of most derbies – 10 – undefeated from the start of a managerial career.