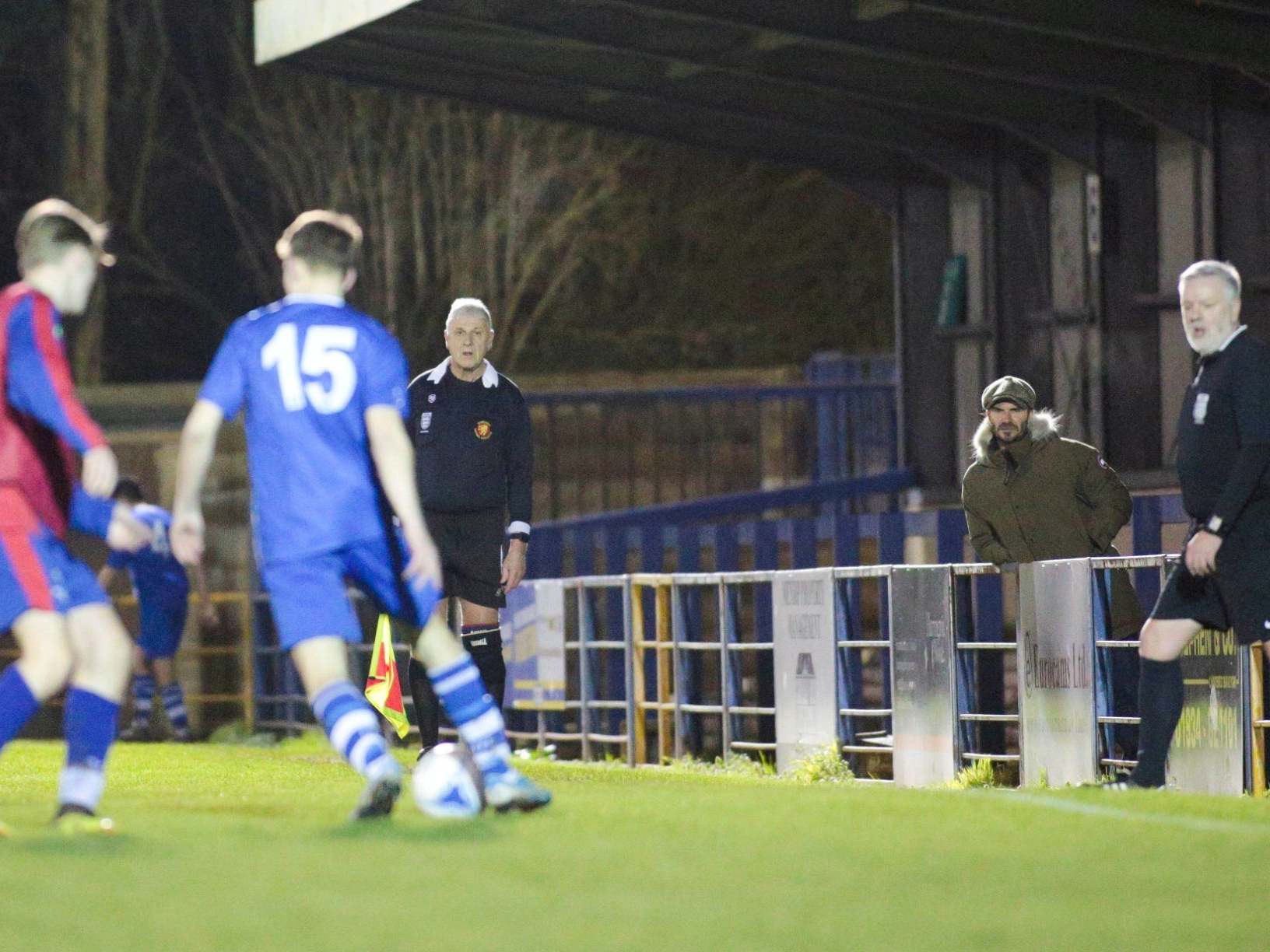 David Beckham was spotted at a non-league football ground – as his son Romeo got booked in a 5-3 defeat.

The dad-of-four swapped glitzy Miami for the Somerset town of Clevedon to support the 17-year-old as he turned out for Millfield School on Wednesday night.

Beckham was seen standing alone for much of the match – keenly watching as Romeo attempted to follow in his dad’s footsteps.

Clad in a Canada Goose coat, jeans and baker boy hat, the 44-year-old made his way around the ground to get the best view of the action after paying £3 to get in.

But the school side left the friendly fixture empty-handed as Clevedon Town ran out as winners – with Romeo ending up in the referee’s book.

Dad David generously posed for pictures with opposition players and fans after the final whistle at the Everyone Active Stadium.

He also took the time to speak to Romeo and his teammates before they left the stadium.

Clevedon Town tweeted following the match: “David Beckham it was an absolute pleasure having you watch our U18s tonight. The boys were made over you took the time for a photo. Massive thanks to Millfield for the friendly and all the best guys.”

Clevedon had been buzzing with rumours before the match after former England captain was seen filling up his car at a local petrol station.

Lucky Nick Wilson managed to snap a selfie with the star.

He said: “I was just very shocked to see him in a local petrol station buying some snacks! Although I’m a Liverpool supporter I’ve always followed him – and everyone loves Beckham. He was very approachable and didn’t mind me asking for a selfie.”

Other residents commented on social media to bemoan their bad luck at missing the icon.

One man said: “I would loved to have met him with my kids. A true inspiration for them to look up to.”

Another added: “This is amazing. Gutted I wasn’t able to grab a pic and a quick chat. Proper man crush on him since he burst onto the scene.”

A woman posted: “I wish I needed fuel!”

Beckham is the current president of Inter Miami CF and co-owner of Salford City.

He played for several of the world’s biggest clubs during a glittering career, including Manchester United and Real Madrid.