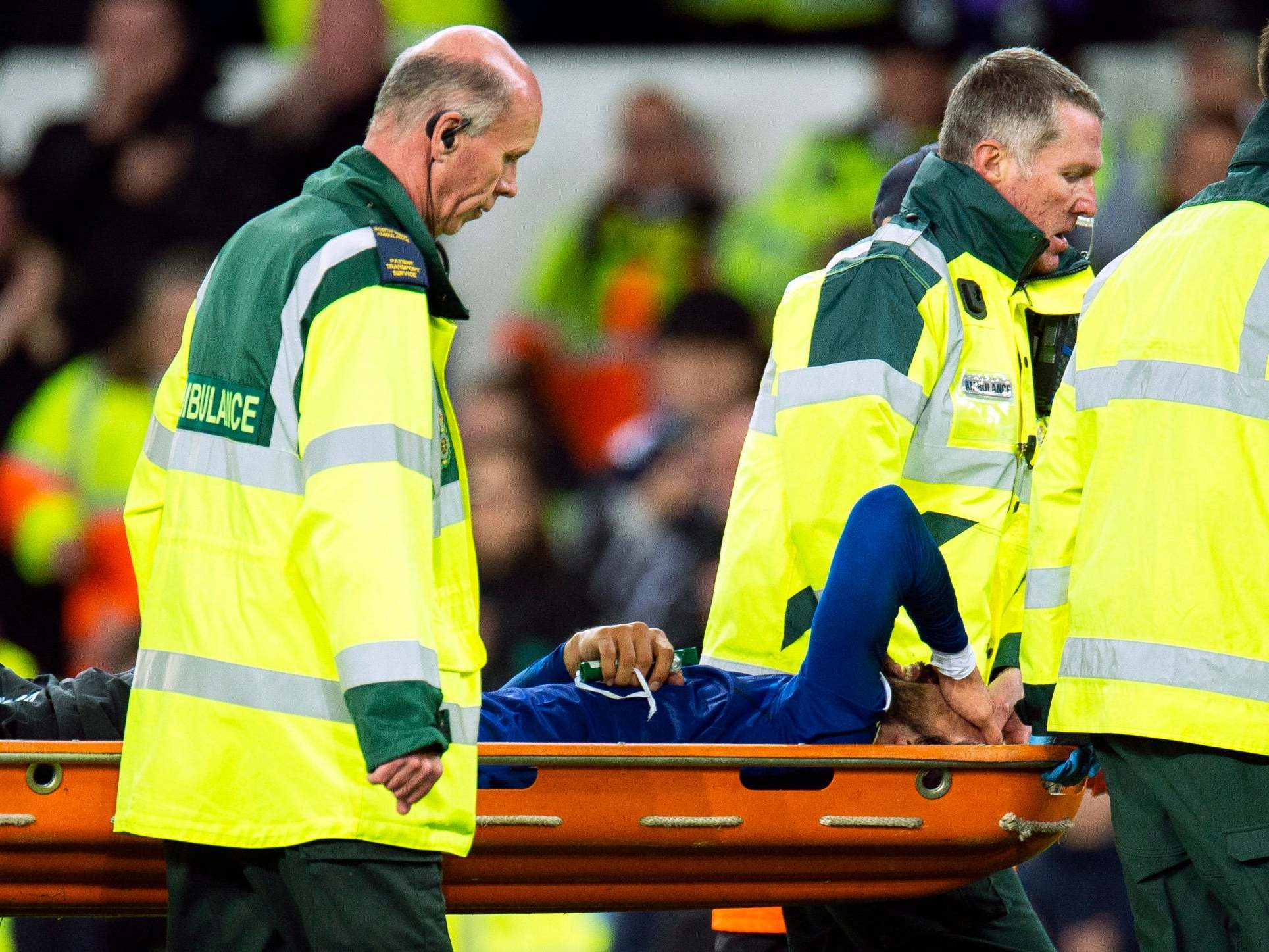 Everton manager Carlo Ancelotti will check whether Andre Gomes is mentally ready for a return to action against Arsenal.

Gomes suffered an horrific fracture dislocation to his ankle on November 3 but has been passed fit for Sunday’s game at the Emirates after completing 60 minutes of a behind-closed-doors friendly last weekend and training this week.

“Andre is available to play,” Ancelotti told a pre-match press conference. “He has trained well, properly, with confidence, without problems and in my opinion he is ready to play.

“Before the game we are going to talk together and decide if he can start the game or if he goes on the bench.”

Asked if Gomes needed to recovery mentally as well as physically, Ancelotti added: “This is personal, really personal. It’s really important for me to talk with him. What I saw in training he was totally confident, without problem, he was not worried to have contact with team-mates but I think it’s really important to talk with him. If he’s confident, in my opinion he can play without problem.”

Ancelotti admitted he had not seen a quicker recovery from such a serious injury during his long career, adding: “But I think that knowing the people that are working here in the medical department I’m not surprised. They did a fantastic job.

“Above all I think the most important part was what they were able to do on the pitch when he had the injury. That was the key part of his recovery.”

Everton have taken 17 points from Ancelotti’s eight matches in charge – a return bettered only by near-neighbours and runaway Premier League leaders Liverpool (24) over the same period – to get within five points of the Champions League places.

However, their European credentials now face a stern test with Sunday’s game at Arsenal followed by home games against Manchester United and Liverpool, with a trip to Chelsea sandwiched in between.

“Of course we have to be focused on Arsenal, but if we want to think about Europe there are very important games after Arsenal,” Ancelotti added. “We have to play against United, Chelsea and Liverpool. After these four games we can see what’s going for Europe.

“This is a really important game against a strong team away but we need to have confidence to do our best and try to win. I know that Arsenal improved a lot in the last period, they are more confident, they are playing better so it will be difficult, but the spirit of the team is good and we have confidence.”