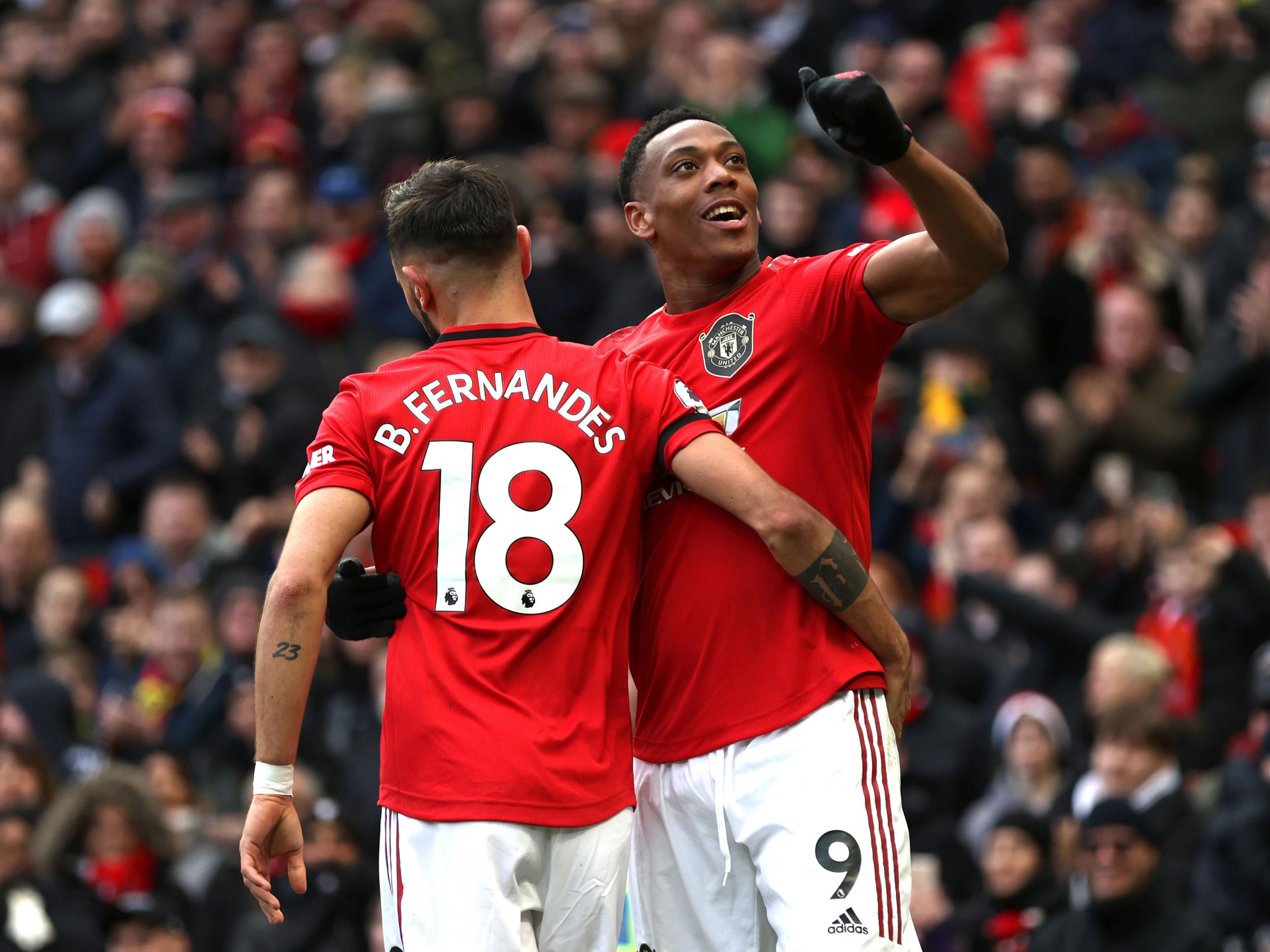 Manchester United travel to Evertonon Sunday as Ole Gunnar Solskjaer’s men push on in their pursuit of a top-four spot in the Premier League.

United have been inconsistent at best this season but are undefeated in their last seven matches, having thrashed Club Brugge 5-0 in the Europa League on Thursday.

Meanwhile, Everton have seen their form improve somewhat since manager Carlo Ancelotti arrived in December, though their five-game unbeaten streak was snapped by Arsenal in a thrilling encounter last weekend.

One of the key questions around Sunday’s clash at Goodison Park is whether United forward Anthony Martial will be fit after missing the victory over Club Brugge due to injury.

Here’s everything you need to know.

Martial’s presence for the visitors is up in the air after the forward missed his team’s thrashing of 10-man Brugge on Thursday with a thigh injury he sustained in training earlier in the week. New signing Odion Ighalo, who netted his first goal for United in Thursday’s fixture, could come in as a result. Long-term absentees Paul Pogba and Marcus Rashford will sit out Sunday’s game.

Meanwhile, Everton’s Theo Walcott and Lucas Digne are doubts due to injuries, but Andre Gomes could start in his second appearance since returning from a horrible leg fracture sustained in November.

The game kicks off at 2pm at Goodison Park.

Subscribers can also stream the game via the SkyGo app.

Everton impressed going forward in their narrow loss to Arsenal last weekend, but their defensive issues were also on display as they conceded three – including one in the first minute of the second half. They are without a clean sheet since 11 January and United have eight goals in their last two matches. With new signing Bruno Fernandes settling in quickly for United, expect the Portuguese to be at the heart of another win for the visitors on Sunday in a back-and-forth contest.