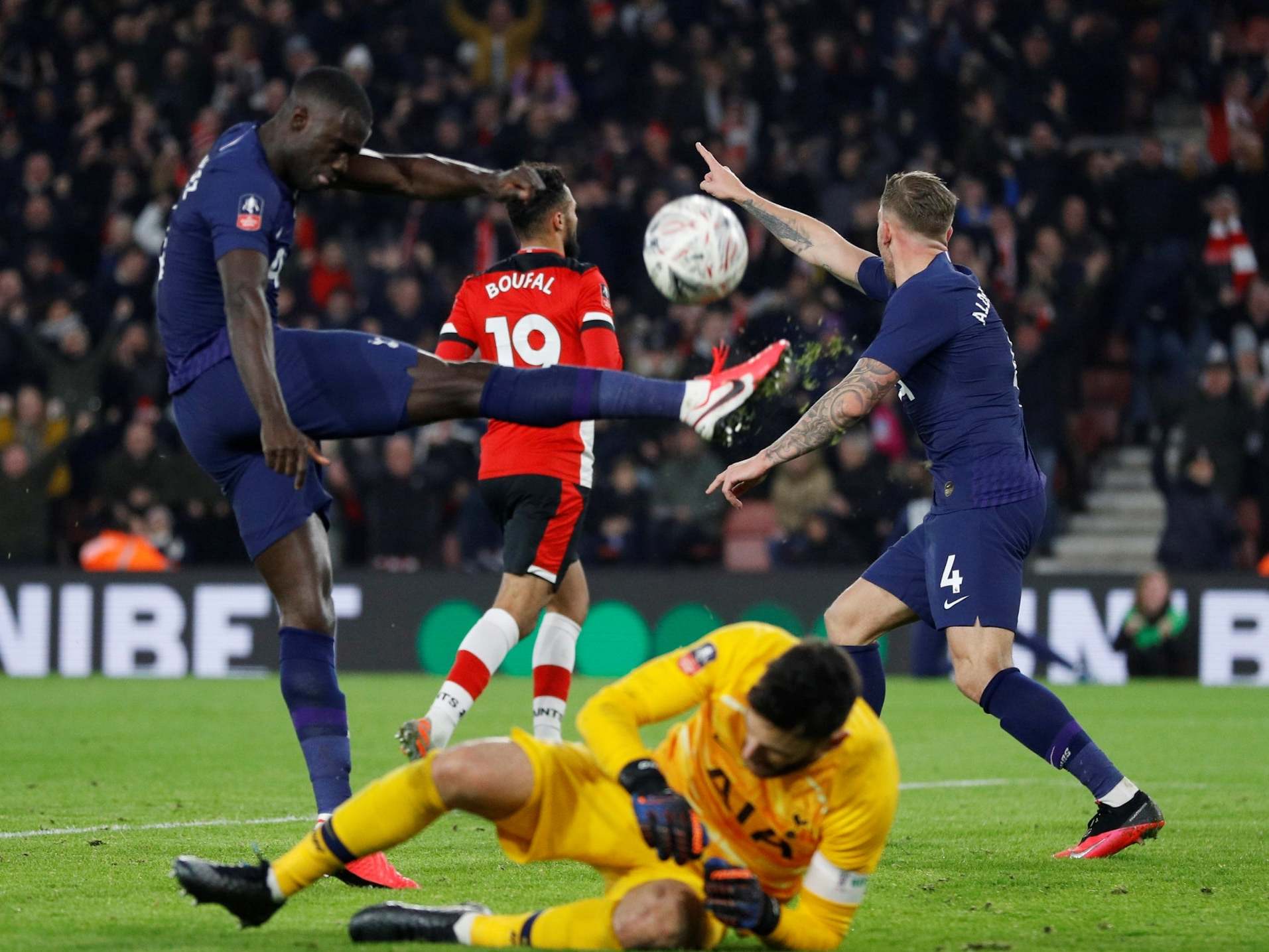 Southamptonheld Tottenhamto a 1-1 draw to force a replay in the FA Cup on Saturday, while Leicester and Norwich both won.

Sofiane Boufal scored his first goal of the season in the 87th minute to level after Son Heung-min had given Tottenham the lead on a swift counterattack in the 58th off Erik Lamela’s pass.

A replay will add to Tottenham’s already troublesome fixture congestion as the club fights to climb above sixth in the Premier League and to progress in the Champions League. Tottenham already had to come through a replay to beat Middlesbrough in the previous round of the FA Cup.

Jose Mourinho won his first three games after being appointed Tottenham manager in November, but hasn’t won back-to-back games since then.

Leicester clung on to an early lead after Kelechi Iheanacho’s fourth-minute goal to beat second-tier Brentford 1-0.

Leicester manager Brendan Rodgers made nine changes to his lineup, including goalkeeper Danny Ward who made a good save to keep out Luka Racic’s volley late on.

Former West Ham coach Slaven Bilic defeated his old club thanks to a goal from Conor Townsend. West Brom successfully defended its lead with 10 men after Semi Ajayi was sent off in the 72nd for collecting two yellow cards.

As Reading and Cardiff drew 1-1, there was a warning over Reading’s public address system about allegedly racist and homophobic chants by Cardiff fans. It wasn’t immediately clear which chants the announcement referred to.

There was a 0-0 draw between Coventry and Birmingham. Coventry was the official home team, though both clubs share the St. Andrews stadium in Birmingham.