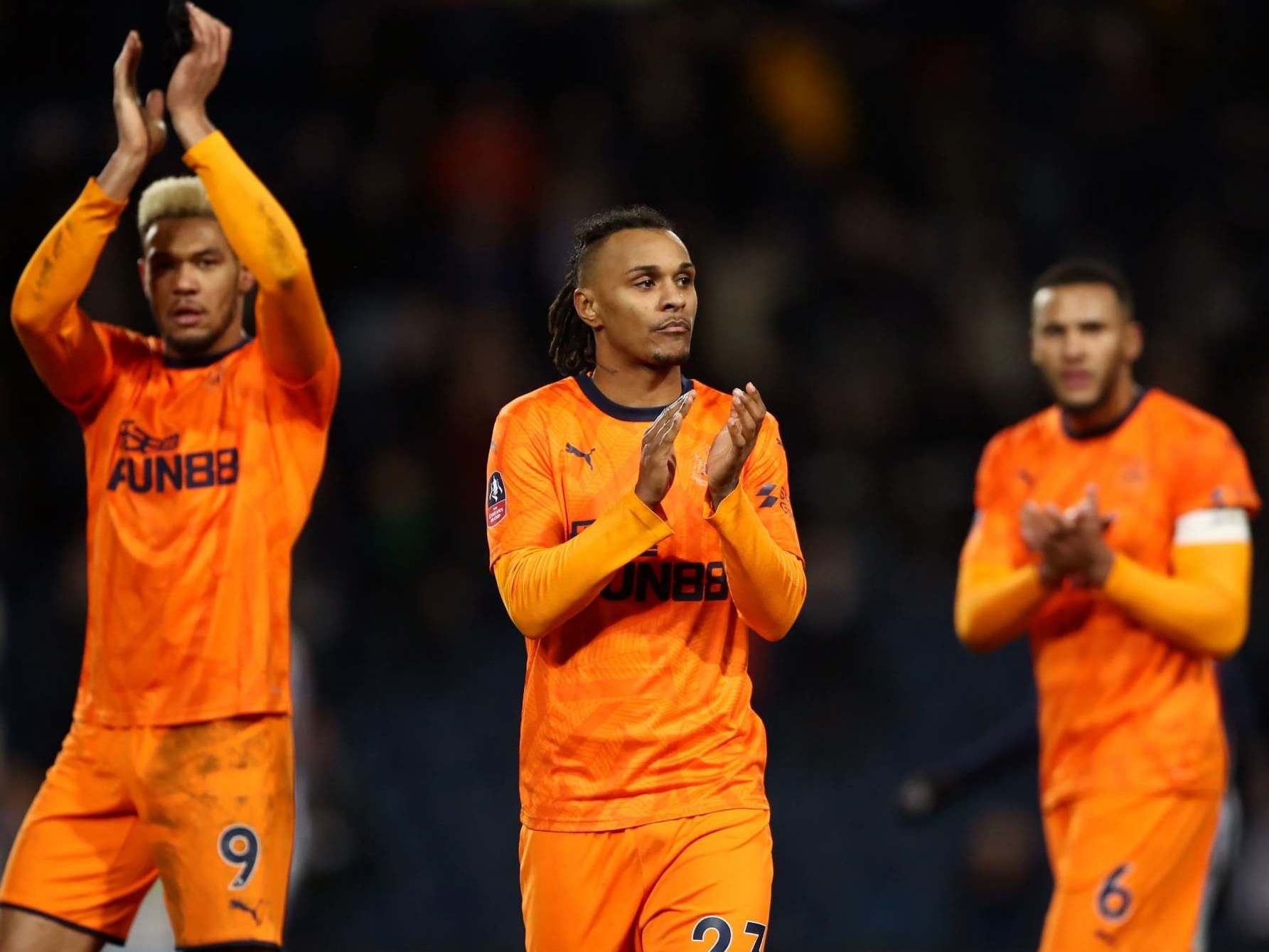 Premier League sides Newcastleand Sheffield United advanced to the quarter-finals of the FA Cup on Tuesday evening, but not in entirely straightforward fashion.

Newcastle seemed set for a relatively comfortable and confidence-boosting victory over Championship leaders West Brom, but saw their 3-0 lead reduced by Slaven Bilic’s team as the second half neared its conclusion.

Miguel Almiron’s double – his second strike coming with practically the final kick of the first half – put the visitors in control heading into the break, and Steve Bruce’s side looked to have sealed the win just moments into the second half as Valentino Lazaro netted.

But Matt Phillips pulled one back for West Brom on 74 minutes to give the home fans hope.

Kenneth Zohore’s goal in added time came too late, however, and Newcastle advanced 3-2 at the Baggies’ expense.

Meanwhile, Sheffield United were taken into extra-time by another Championship side, with Reading’s George Puscas canceling out David McGoldrick’s early opener before a dramatic finish ensued at the Madjski Stadium.

Puscas successfully converted a spot-kick shortly before half-time, and a goalless second half meant an extra 30 minutes’ play.

Billy Sharp settled the tie in added time of the first half of extra-time, condemning Reading to a 2-1 defeat despite a solid performance from the home side.

Elsewhere, Chelsea eliminated Liverpool from the competition with a 2-0 win at Stamford Bridge, ending the visitors’ hopes of a treble.

Sky Germany has secured the broadcasting rights for the Barclays Women‘s Super League From the 2022/23 season on the pay-tv broadcaster will show live matches as well as magazines, weekly highlight-shows, interviews and more : WomensSoccer
Back to top
This website uses cookies to improve your experience. We'll assume you're ok with this, but you can opt-out if you wish.Accept Read More
Privacy & Cookies Policy