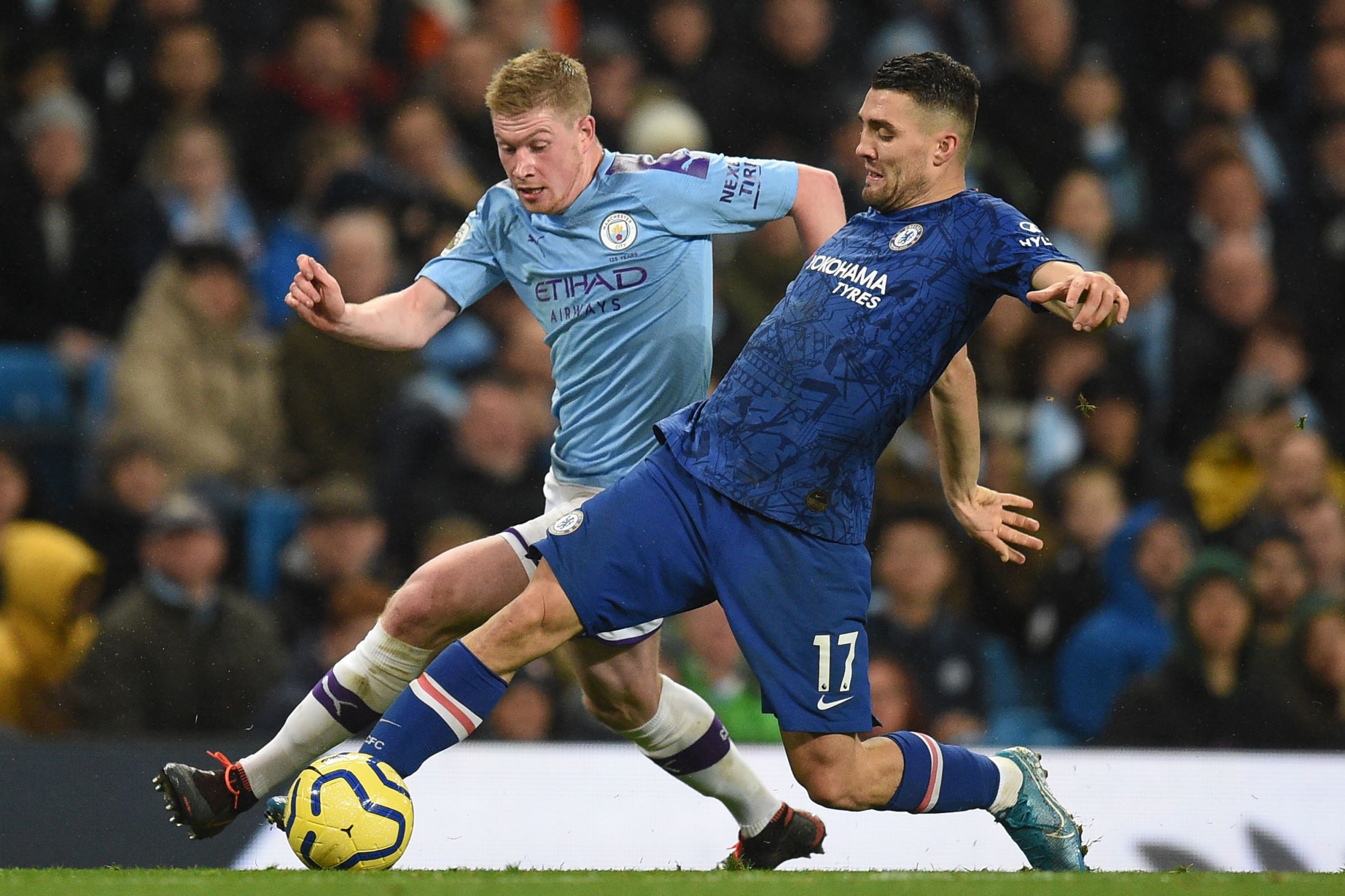 Manchester Cityand Chelseaplayed out a hugely entertaining Premier League encounter on Saturday evening, with the home side triumphing 2-1 in the end.

Chelsea took a deserved lead through N’Golo Kante 20 minutes in, but by the break it was the home side who led thanks to goals from Kevin de Bruyne and Riyad Mahrez, the former courtesy of a significant deflection.

The away side had chances to equalise and even went close in stoppage time, before Raheem Sterling had a very late strike ruled out for offside.

Here are five things we learned from an absorbing encounter at the Etihad.

No shortage of attacking options

With such a list of attacking talent absent from the start, it was all the more impressive that both sides showed so many moments of attacking intent and, notably, quality.

Chelsea were excellent going forward for half an hour, always committing numbers to the counter, but City simply always have someone else ready to join the attack and be a threat in the box.

Kevin de Bruyne, Sergio Aguero and Tammy Abraham all almost scored before the first goal went in, while Aguero struck the bar before the break – none of those key names were on the scoresheet, despite three goals going in.

Even with a quieter, tighter second half, the ability of attackers on each side to explode in an instant made this a hugely enticing 90 minutes.

Attack the best form of defence

Almost from kick-off the benefits of the tactic were clear, with the home side always a danger when in possession themselves, while looking vulnerable and open to Chelsea’s numerous forays forward.

It was certainly Frank Lampard’s side who looked the more dangerous, more adventurous and more impressive in the opening half-hour, showing once more that taking the game to Man City and trying to match them for aggression and attacking intent is often the better choice, rather than standing off and soaking up pressure.

Maintaining it for 90 minutes against the champions, however, is another matter entirely.

Overly ambitious approach from the back

One noteworthy point of Chelsea’s play under Lampard has been their willingness to pass out around danger in defence, involving their midfielders in deep areas on the ball.

Multiple occasions saw them impressively weave their way through the light blue shirts, with clever touches and agile movements enough to avoid the high press of De Bruyne, Sergio Aguero and Co.

But the margins for error are slight, especially against City’s attacking talents.

Three times in the first 45 minutes, Chelsea gave it away with overly ambitious passing through the centre; it could have cost them three goals, but even two proved expensive.

Jorginho’s attempted through-ball was cut-out and led to De Bruyne’s deflected equaliser, before Mateo Kovacic suffered the same fate, his ball leading to Mahrez’s goal. Kepa Arrizabalaga somehow ended up as the most fortunate, despite gifting his pass straight to Aguero, who smacked the crossbar.

There’s a fine line between a playing-out philosophy and a price on passing mistakes, and Chelsea paid it on Saturday.

He scored the winner, which in itself is impressive and important, but Mahrez really sent a message to Pep Guardiola that he has a bigger role to play in the league.

In on the right of the attack due to Bernardo Silva’s absence, Mahrez was making only his fifth Premier League start of the season, despite barely missing a minute in the Champions League.

That kind of rotation can make it difficult to find rhythm and a telling impact, but the Algerian was a non-stop threat here, playing passes in behind, looking to shoot at every opportunity and working hard off the ball.

No City player had more shots or made more dribbles than Mahrez, and he arguably matched Kevin De Bruyne for importance to the City cause across the 90 minutes.

Liverpool’s late win earlier in the day put the pressure on Man City to find a response, particularly after the Reds triumphed over Pep Guardiola’s team at Anfield prior to the international break.

In that case, winning after falling behind was a near-perfect answer, showcasing City’s own mental resilience as well as their ability.

The gap remains nine points between the two, and Leicester are still in between them in the league table, but beating a fellow top-four side – and a hugely in-form one at that – was still a statement which had to be made by City.

League games against Newcastle and Burnley shouldn’t present too many issues in the coming weeks, giving the opportunity to rebuild a winning run before December’s Manchester derby.

The title fight is far from over at this point, but a win here was of paramount importance – and City found the right answers.