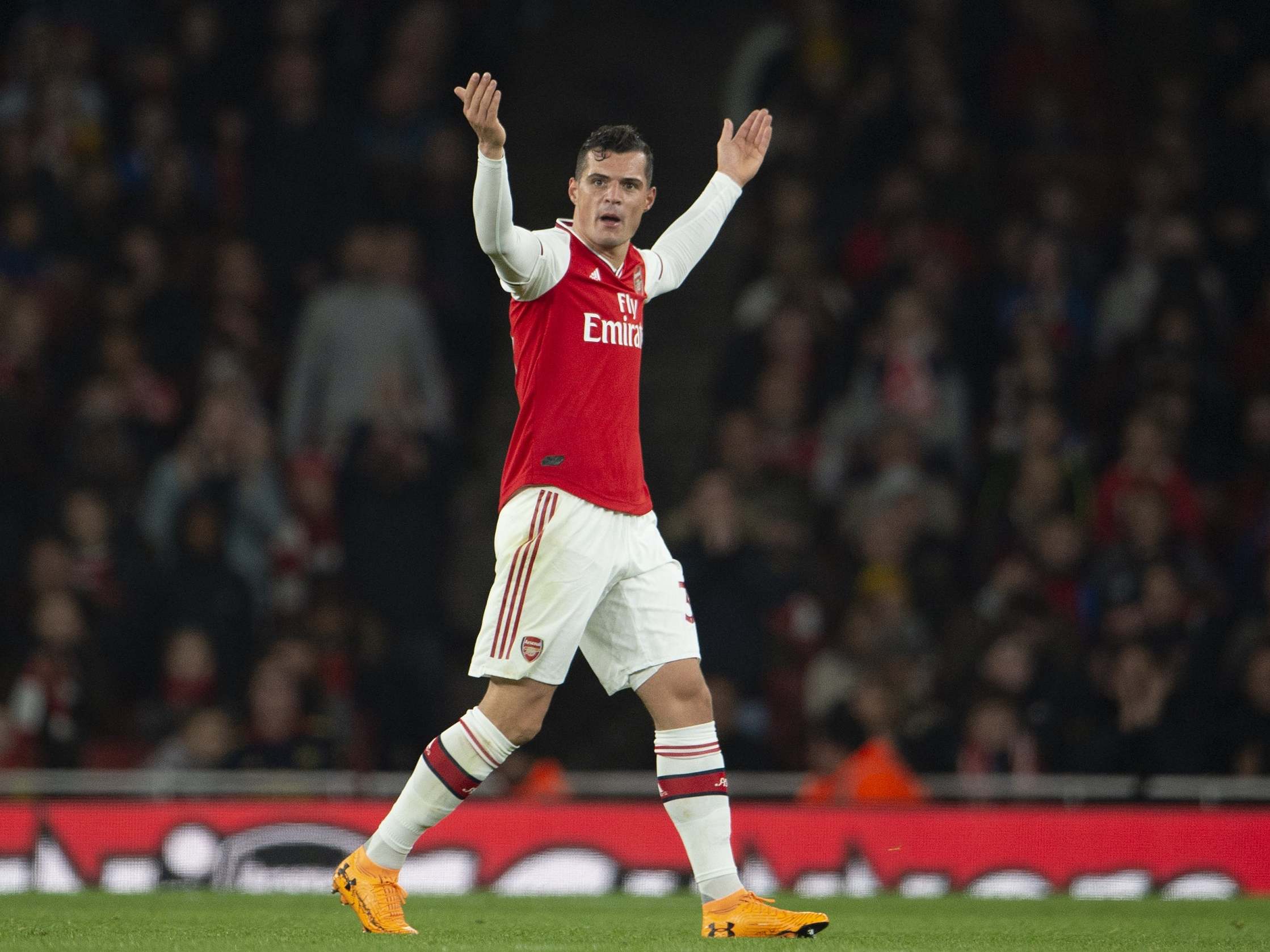 Granit Xhaka has released a statement explaining why he reached “a boiling point” that caused him to storm down the tunnel during ​Arsenal’s 2-2 draw with Crystal Palaceand offered an apology to “positive” supporters of the club.

The 27-year-old waved his arms, cupped his ears and told supporters to “f**k off” as they booed him following his substitution, after which he then removed his shirt and refused manager Unai Emery’s attempt at a handshake.

Xhaka has held three meetings with Emery since, while the club have also offered counselling to the player, who remains captain of the club for the time being.

A statement posted on Instagram, addressing the incident and months’ of backlash from fans, read: ”After taking some time to reflect on what happened on Sunday afternoon, I would like to give you an explanation rather than just a quick response.

“The scenes that took place around my substitution have moved me deeply. I love this club and always give 100% on and off the pitch.

“My feeling of not being understood by fans, and repeated abusive comments at matches and in social media over the last weeks and months have hurt me deeply. People have said things like ‘we will break your legs’, ‘kill your wife’, and ‘wish that your daughter gets cancer’. That has stirred me up and I reached boiling point when I felt the rejection in the stadium on Sunday.

“In this situation, I let myself be carried away and reacted in a way that disrespected th group of fans that support our club, our team and myself with positive energy. That has not been my intention and I’m sorry if that’s what people thought.

“My wish is that we get back to a place of mutual respect, remembering why we fell in love with this game in the first place. Let’s move forward positively together.”