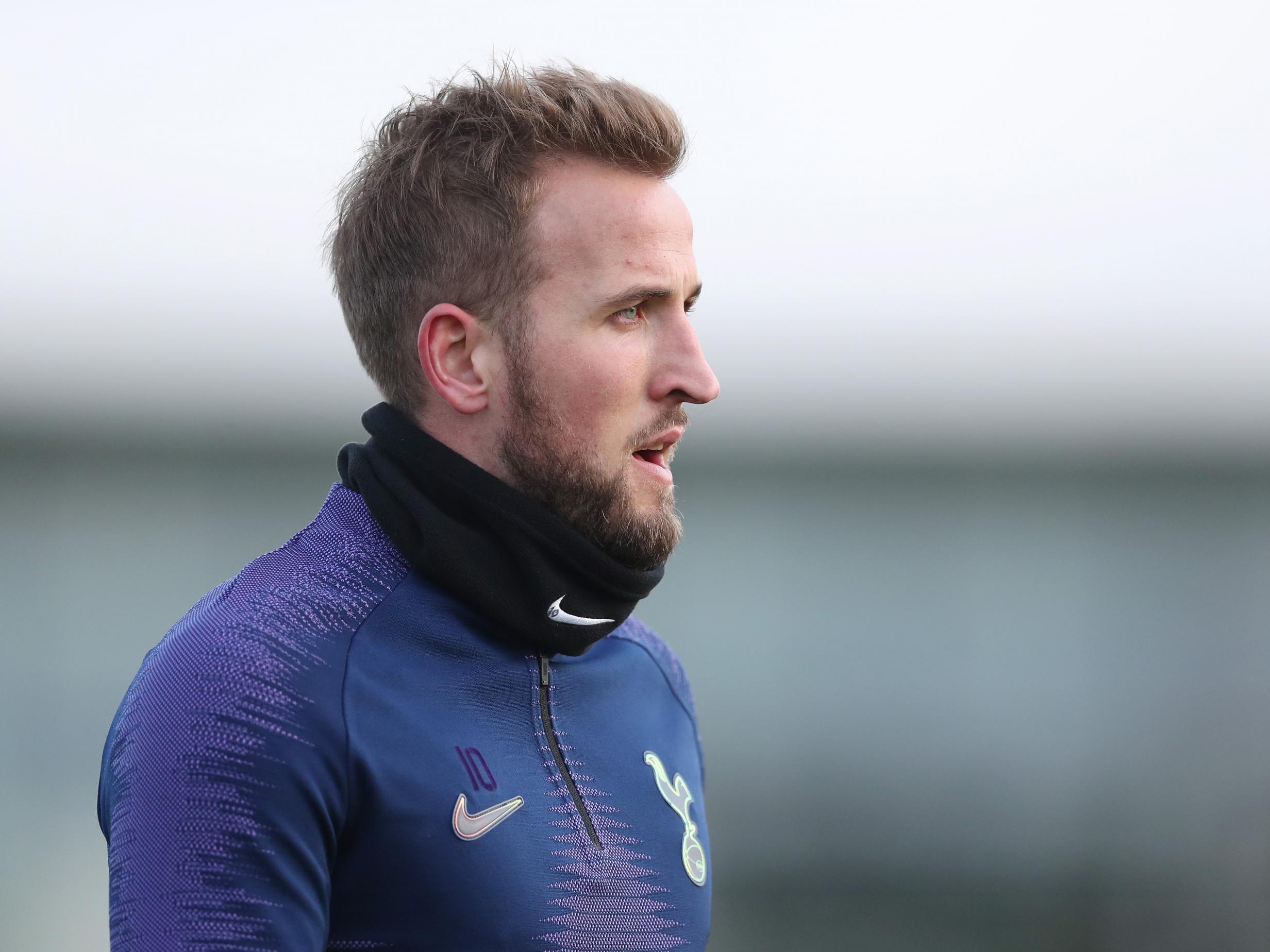 Tottenham striker Harry Kane is ahead of schedule in his recovery from hamstring surgery and boss Jose Mourinho is banking on him being fit for the final part of the season.

Kane went under the knife in January after rupturing his tendon on New Year’s Day and the initial prognosis was not good, with Mourinho fearing he might not play again this term.

The England captain is a notoriously quick healer from injuries, though, and is making good progress, having begun on-field rehabilitation this week.

Mourinho has said that he may now get five games out of his talisman at the end of the season, with the north London derby against Arsenal at the end of April looking a distinct possibility.

It is a massive boost for Tottenham, who have no fit strikers, and Three Lions boss Gareth Southgate ahead of this summer’s Euro 2020.

“I would say a little bit ahead, it gives me a hope of, instead of one or two matches, (it will be) three, four or five. I don’t know,” Mourinho said.

“Just speculating a little bit but the feelings are good. He’s doing what he can do at this stage but always with a good feeling.

“Everything is going well. He’s having very good feelings. So positive, yeah.

“When he was injured, I told you, I’ll forget him, then I told you one or two games – Crystal Palace or Leicester.

“At the moment, I have better hopes than that so hopefully that feeling is right and he can help us in the last part of the season.”

Kane has recovered quickly from a string of ankle injuries over the last two seasons, often coming back ahead of proposed recovery times.

While insisting that he will not be rushed back, Mourinho says Kane is a player who “doesn’t accept protocols”.

“Of course, in the club people know him much better than I do,” the Portuguese said. “Of course, three months in here is years and years.

“Every time he has a problem, he’s the kind of guy that doesn’t accept protocols, a date, a fixture.

“He always tries to go ahead. He’s the kind of guy that we have a very good control and communication.

“Sometimes the players break protocol and come earlier than expected. It happened with Hugo, who played a couple of weeks before we could expect.

Kane’s absence was made worse by an injury to Son Heung-min, who returned to South Korea last week to have surgery on a fractured arm.

Mourinho again appeared to rule him out for the rest of the season only last week, but has now said there is hope the forward will be fit sooner than originally thought.

“That’s another hope but of course we’re far from it,” Mourinho said. “He’s coming back to England very soon.

“Then of course he’ll have to follow some safety protocols because he flies from Seoul.

“When his recovery starts, we’ll try all the possibilities to have him back for some matches.

“I cannot imagine when. But there’s a good possibility that before the end of the season, we have Harry and Sonny playing together.”

Son is due to fly back to the United Kingdom this weekend, when he will follow government advice on the coronavirus and stay indoors in self-isolation for 14 days.

This is just a precautionary measure and Spurs do not have any concerns about their player’s health.

Meanwhile, Mourinho has refused to comment on whether Dele Alli would contest his Football Association charge over a social media post appearing to mock the coronavirus.

The post came three weeks ago, but news of the charge was only announced on Wednesday.

“I forgot it, it was such a long time ago and after an obvious, clear and immediate public apology, I just forgot about it,” Mourinho said.

“Somehow, a couple of days ago, somebody made me remember it. But at this moment, I don’t want to make any comment.”

Spurs will be without Ryan Sessegnon for the game against Wolves while Erik Lamela will be available for the bench, despite not training with the team due to a hip injury.