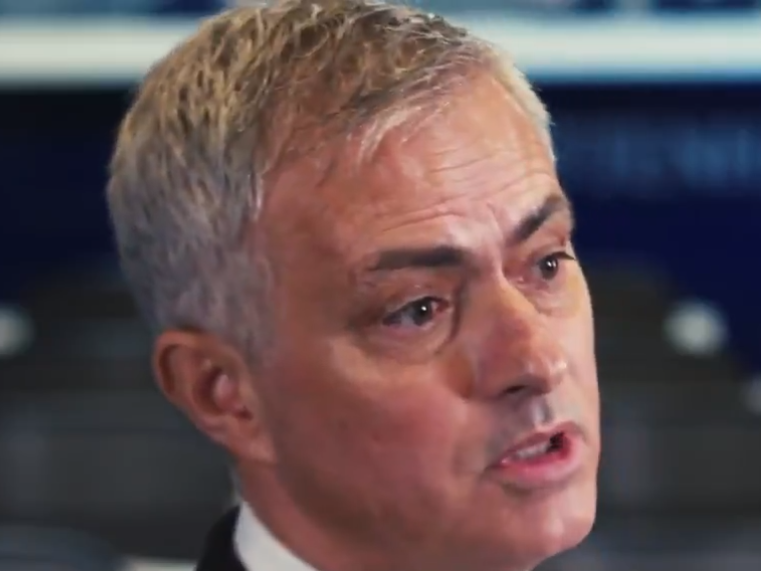 Jose Mourinho has promised to bring “passion” to the Tottenham Hotspurjob after being appointed as Mauricio Pochettino’s successor.

The Portuguese returns to football 11 months after being sacked by Manchester United and succeeds Pochettino who was relieved of his duties on Tuesday evening.

He signs a three-and-a-half contract with the club and cannot wait to get started.

“I couldn’t be happier and if I was not as happy as I am, I wouldn’t be here,” he told Spurs TV.

“What can I promise? Passion – for my job but also passion for my club. It’s a privilege when a manager goes to a club and feels that happiness in relation to the squad he’s going to have.

“To play against Tottenham at White Hart Lane was always hard but beautiful. It was one of these places where I used to go with passion but also with respect.

“The problem is that sometimes you get into clubs where the work that is below you is not good enough to produce these players so I look to our history and you see that the academy is always giving the talents that the first team need.

“Of course I look forward to working with that profile.”

Mourinho, who took training for the first time on Wednesday afternoon, is excited to get started and believes he is now part of one of the best clubs in the game.

“When you say beautiful stadium you are too humble,” he added. “You have to say the best stadium in the world. I think that is the reality. The training ground is second to none. It probably can only be compared with some American football training grounds.

“You cannot compare football at any level – and I’ve been in the majority of the best places. It’s impossble to compare anything the same as the stadium. I think it’s something that has to make us all very, very proud.

“But not just that, the conditions you have to work are absolutely amazing. In relation to the Premier League I think we know where we are and we know that we don’t belong there.

“We should just play match after match, the next watch we want to win and that’s the same about the next, and the next and the next until the last.

“At the end of the season we will saee where we are but I know that we are going to be in a different position than we are now.

“I look forward to the challenge, to the responsibility to bring happiness to everyone that loves the club.”

Why is the England women’s football team so white? : WomensSoccer
3

Atletico Women strengthens attack by signing Tatiana Bonetti. The Italian forward signs until 30 June 2023. Tatiana joined Fiorentina from Verona for the 2016/17 season, and her 21 goals went a long way to helping the club claim their first ever Serie A title : WomensSoccer
Back to top
This website uses cookies to improve your experience. We'll assume you're ok with this, but you can opt-out if you wish.Accept Read More
Privacy & Cookies Policy
necessary Always Enabled
non-necessary