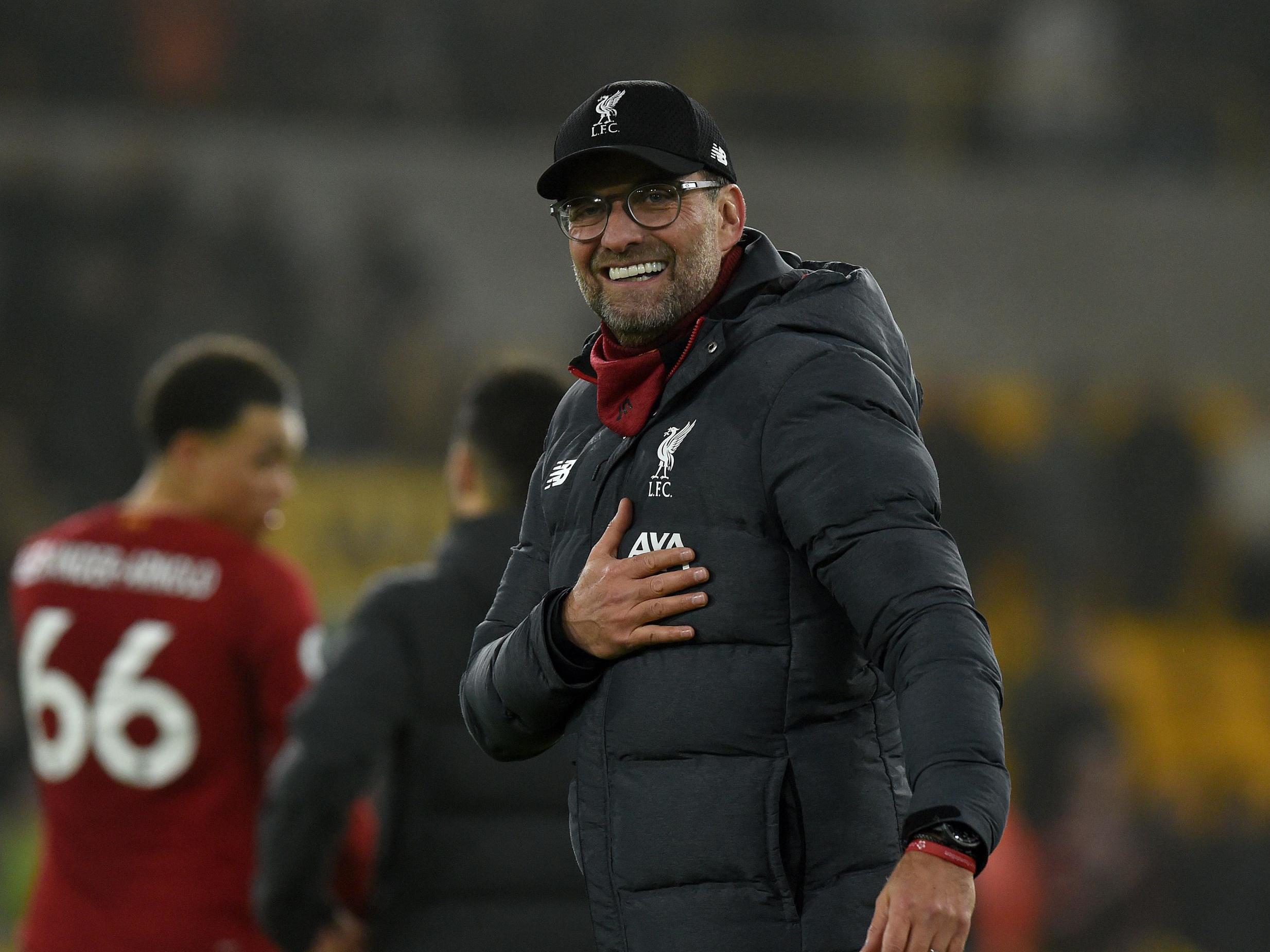 Roberto Firmino’s late strike moved the champions-elect 16 points clear at the top after a 2-1 win at Wolves.

It came after Alisson ensured they extended their unbeaten league run to 40 games with vital saves from Adama Traore and Raul Jimenez.

Jimenez had earlier hauled Wolves level in the second half after Jordan Henderson’s opener.

Liverpool are closing in on a first title in 30 years but Klopp insisted he is not fixated on their position.

Klopp said: “I don’t think about it, I had to ask about exactly the amount of points, that’s the truth, I really forgot in the week.

“That’s three games in seven days which is a lot. We lost Saido Mane (to a hamstring injury) and that’s the pressure I think about. All the rest is no pressure.

“We said it before it would be a really tough game, Wolves are doing so unbelievably well, they are so different to everything else you face.”

Liverpool travel to West Ham next week for their game in hand and victory would move them 19 points clear of Manchester City after they snatched the points at Molineux.

“They scored a super goal and had a big chance from Ali saves,” Klopp added.

“We scored our wonderful goal after a set-piece but not a second or third means everything is open and then it gets intense.

“We had chances, Mo (Salah) and Bobby in front of the goalkeeper and then a worldie from Bobby, it was a super goal.

“This ball can go wide and we know the sound of that. That we have different options to score gives us the opportunity to stay in the game.”