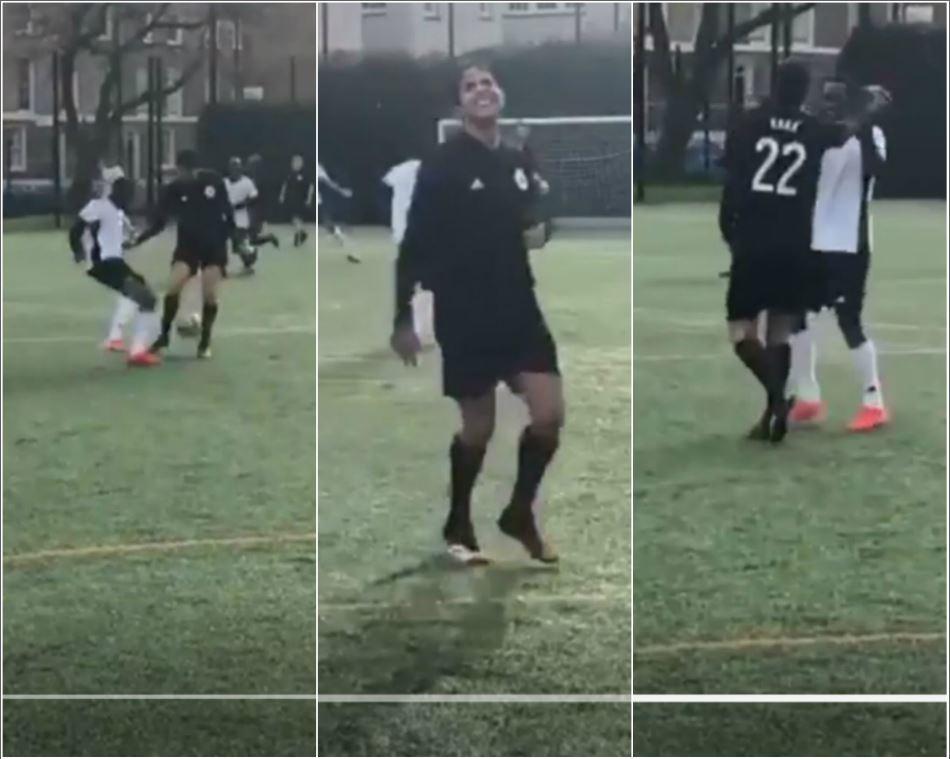 But those plaudits counted for nothing when the man once considered the best player on the planet attempted to tackle bleary-eyed warehouse worker Jamil Farid in a six-a-side match in Hackney, east London.

And 24-year-old Farid, who arrived at the match direct from a night shift, achieved something that eluded most of the elite professional footballers Kaka faced when he nudged the ball through the Brazilian’s legs – in a move commonly known as a nutmeg – before racing clear.

Farid said he had received a call from a friend to play for his team in the tournament on Saturday morning because they were a player short, and agreed to help out despite working a night shift.

“I have had no sleep,” Farid told The Independent.

“No one knew [Kaka] was going to be there. The ref was just going through the rules to the tournament and my friend tapped me on the shoulder and said ‘look who’s coming through the gates’.

“I was like ‘quiet, I’m trying to listen to the rules’, but my friend said ‘you need to look’.

“I turned around and my jaw just dropped.

Farid, who plays at full back for his local side Hackney Wick in Eastern Counties League Division One South, said Kaka – who was in London to take part in Adidas promotional work – agreed to fill in for a missing player in one of the other teams in the tournament.

“At first he was just keeping it simple, but everything looked so easy to him,” he said.

“I don’t know what was going through my mind when I ‘megged him. It was crazy.

“He came back to me after and we had a little moment and he gave me a hug.

“I was in disbelief to be honest. Then my friend came over and he said he’d got it on video, then I got to see his reaction after I ‘megged him.

“It was a surreal feeling.”

Farid said the 2002 World Cup winner appeared to step up his game in the wake of his fleeting humiliation.

“I think it woke him up,” Farid said.

“He turned it on and the stuff he did after that was amazing. He scored a couple of goals, but just made it all look so effortless. He was obviously on a different level”

Farid said his side ultimately lost 4-2, but that the defeat had been no cause for disappointment.

“My friends keep on messaging me and my Snapchat has been going mad. They might have won the match, but it kind of feels like we won to be honest.”

He added that he was hoping to get some sleep despite the excitement – before returning to work another night shift on Saturday evening.