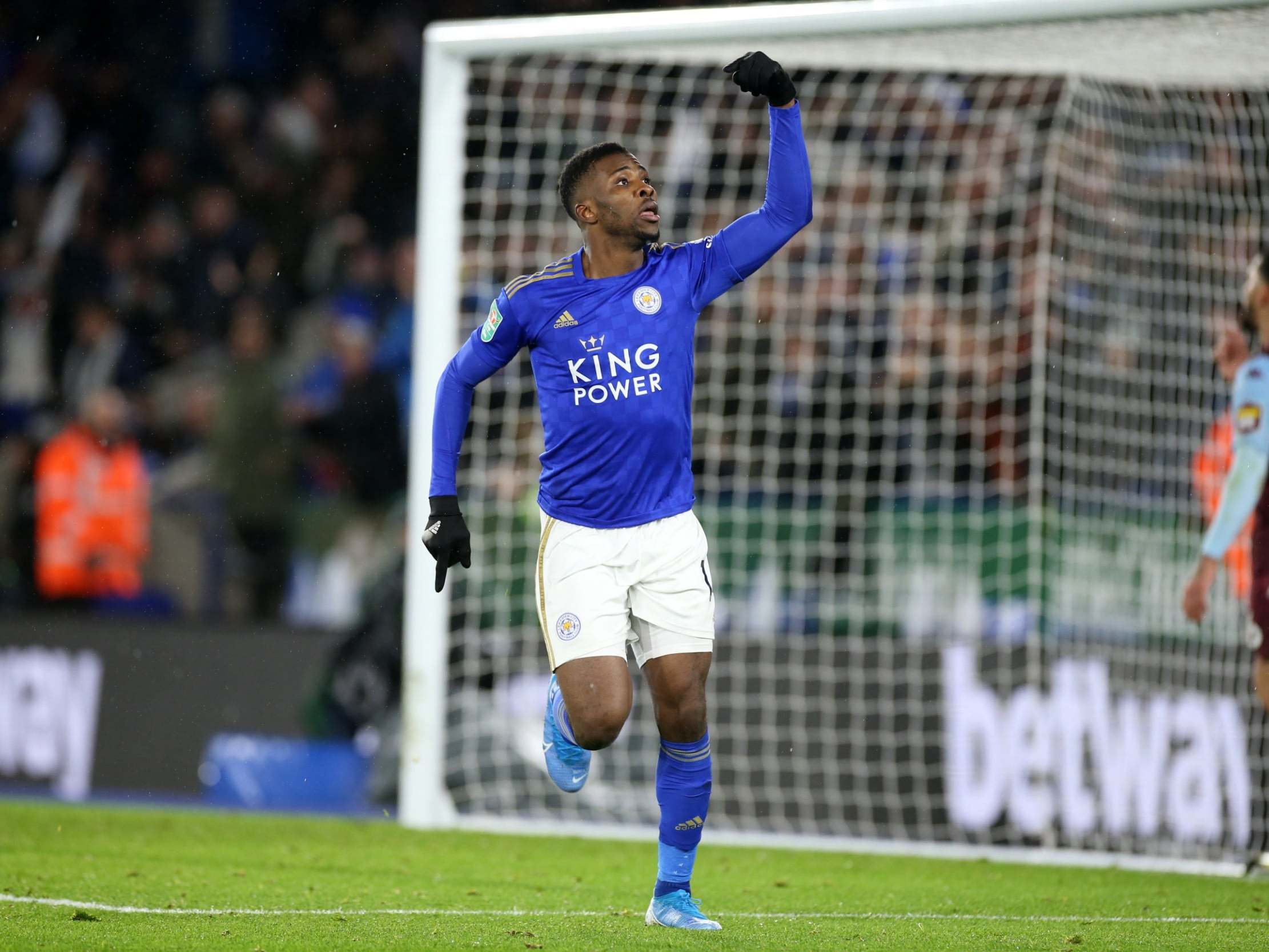 Frederic Guilbert’s opener had stunned the hosts with five-time winners Villa hanging on for a creditable 1-1 draw.

Substitute Iheanacho fired home with 16 minutes left to rescue the Foxes, who had to settle for a draw despite dominating for long spells.

Ezri Konsa hit the crossbar for the visitors, while Orjan Nyland saved from James Maddison and Jamie Vardy.

The tie is now delicately poised going into the second leg at Villa Park on 28 January with the winners likely to face Manchester City at Wembley after their first-leg victory over Manchester United on Tuesday.

Villa, who have not won a major trophy since lifting the League Cup in 1996, rode their luck but remain in the tie – having been thumped 4-1 by the Foxes in the Premier League last month.

Nyland shovelled Vardy’s low strike wide six minutes later and the stand-in goalkeeper – in net with Tom Heaton out for the season – then stood up well again after the striker burst through.

Leicester were in charge with sloppy Villa their own worst enemies but they stunned the hosts with the opener after 28 minutes.

The Foxes were suddenly stretched on the edge of their own area with Caglar Soyuncu cutting out Jack Grealish’s attempted throughball.

But, when Anwar El Ghazi crossed from the left, Guilbert stole in ahead of Ben Chilwell to convert from close range.

Leicester struggled to regroup and Villa nearly doubled their lead three minutes before the break.

El Ghazi was fouled, Grealish swung in a delicious free-kick and Konsa powered a header against the bar.

Leicester boss Brendan Rodgers brought on Hamza Choudhury for Dennis Praet in an attempt to free up Youri Tielemans.

The switch allowed the Foxes to ramp up the pressure on Villa yet they failed to test Nyland before the hour.

But the goalkeeper needed to be alert after 62 minutes when Maddison, who had been outshone by Grealish in front of watching England boss Gareth Southgate, skipped through and fired straight at him.

Resilient Villa frustrated the hosts with Tyrone Mings excellent at the back but the Foxes were laboured and often not at their slick best.

Yet the visitors undid all their good work to gift Leicester a leveller with 16 minutes remaining.

From their own free-kick, Douglas Luiz was robbed by Choudhury and Vardy found Iheanacho.

The substitute – on the pitch for six minutes – held off Konsa’s challenge and lashed the ball in from 10 yards.

Leicester sensed a second and Vardy shot into the side netting with nine minutes remaining but they could not make another breakthrough.