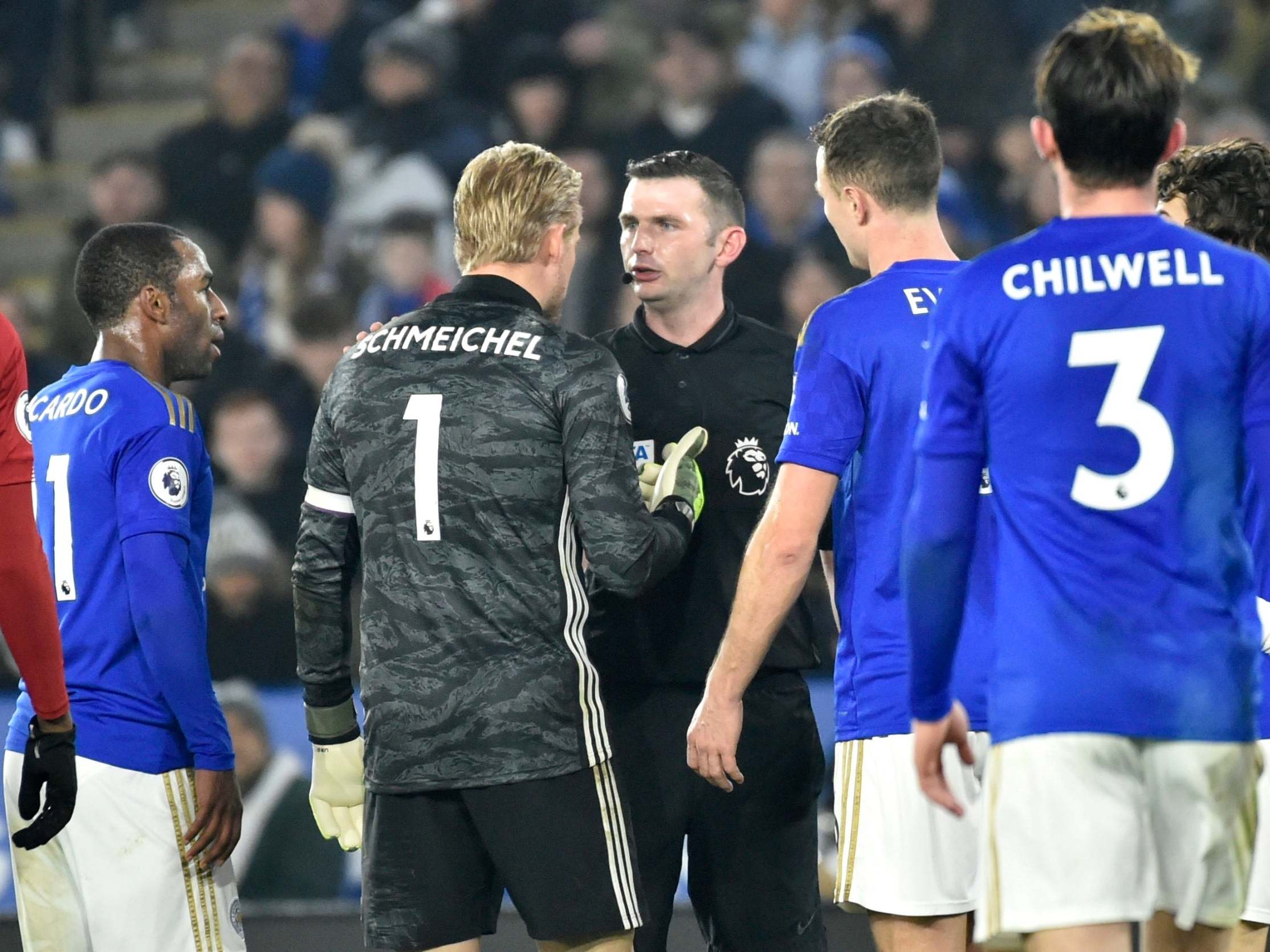 Kasper Schmeichel accused referee Michael Oliver of “making himself a hero” after the referee awarded a decisive penalty against Caglar Soyuncu during Liverpool’s 4-0 thrashing of Leicester on Boxing Day.

Liverpooldominated the first half and took the lead through Roberto Firmino’s header, but pressure steadily began to creep in after Jurgen Klopp’s side failed to convert a number of clear chances to wrap up the victory.

​And, as the game entered its final 20 minutes, a previously lacklustre Leicester had finally gathered some momentum only to come unstuck after ​Soyuncu was penalised for handballing Trent Alexander-Arnold’s corner, with James Milner converting from the spot.

Liverpool then scored twice in the following seven minutes, first through Firmino before Alexander-Arnold capped his standout display with a driven finish from the edge of the box, to stretch their lead at the top of the Premier Leaguetable to 13 points.

But despite there being little protest at the decision, Schmeichel pinpointed Oliver’s penalty call as the reason for Leicester’s unravelling.

“I think it was a bit tough,” Schmeichel said. “We were in the game until the referee had to make himself a hero. Then we lost our composure. They are the best side in the world along with Manchester City.

“We strive to be like Manchester City and Liverpool but they are a lot further along in their journey.

“Dermot [Gallagher] will be on Sky saying it was a great decision. Caglar had less than a millisecond to react. He is desperate to give it, once he does they are never going to turn it over.”

Klopp’s side have now dropped just two points in the league all season and still boast a game in hand over the Foxes, who remain their nearest challengers in a lopsided title race.

The victory comes within a week of Liverpool clinching their maiden Club World Cup title and Klopp hailed his players’ determination and resilience amid such a congested Christmas schedule.

”I am happy about that. I appreciate it because I do not take it for granted and the boys have to do it every three days,” Klopp told BBC Sport. “We had big chances at the start of the game, did not score with them but stayed in the game and controlled it.

“It is was difficult for Leicester to get into the game, both teams felt the intensity of the season but we controlled it more and maybe Leicester were not as aggressive, maybe because of us and our positioning. We scored a first goal, super, super, cross from Trent Alexander-Arnold and Roberto Firmino can score from that situation.

“We struggled a bit with their build-up in the second half and we won the balls immediately and then scored the second goal, then the boys were flying. It looked really nice.

“1-0 is not even a result, it was a moment and it could have been difficult when they had set-piece but that is OK, I don’t expect a game like this to have a free run because they have so much quality and the season Leicester have had. We were very concentrated and the goals were absolutely nice and an important day for us.”