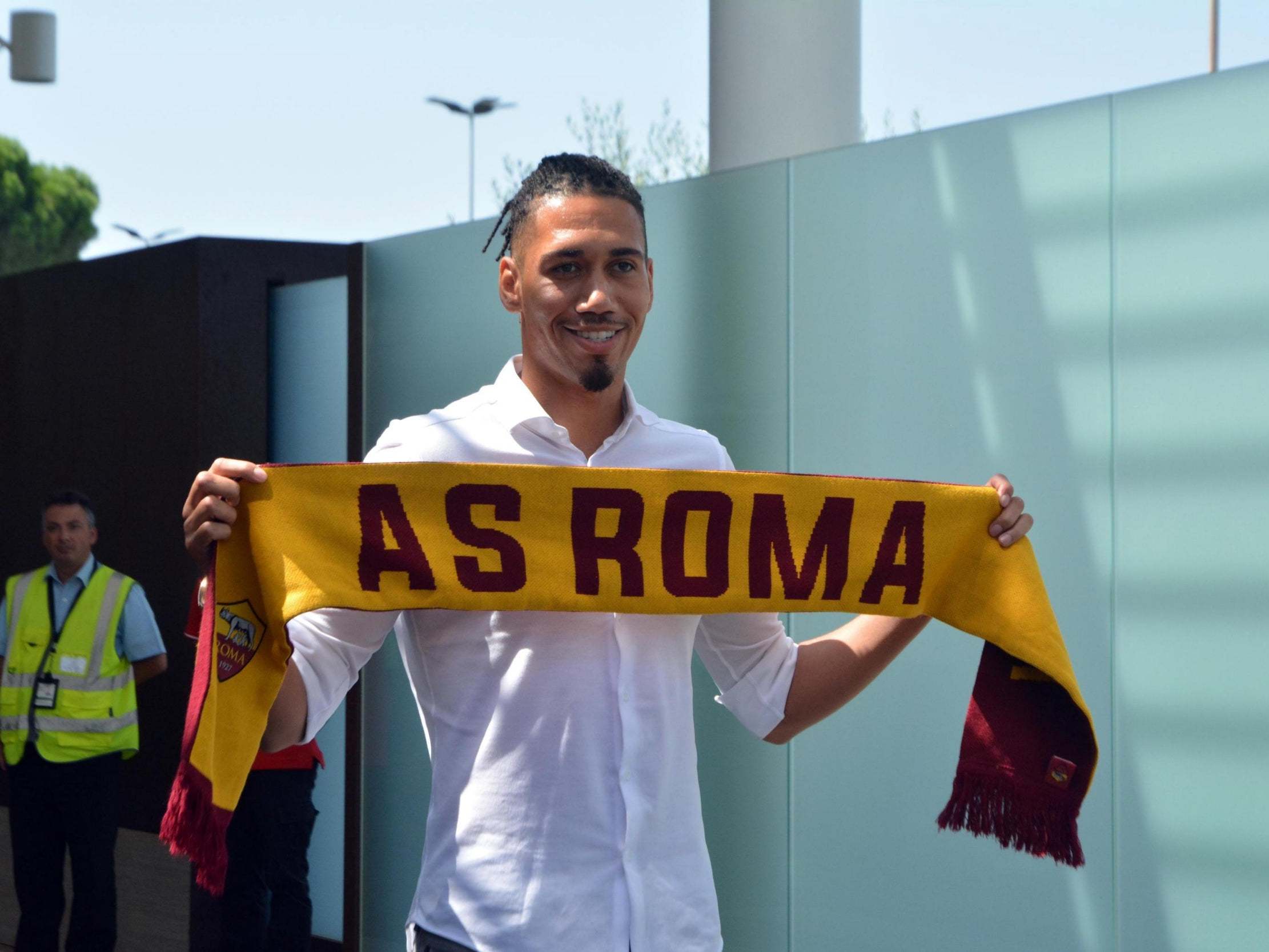 Chris Smalling has enjoyed a productive loan spell in Italy so far and says he’s entirely open to extending his stay.

Having spent all his career previously in the English game, with Fulham and Manchester Unitedat the professional level, a switch to AS Roma in the summer came as something of a surprise.

It has proven a wise move, though, with Smalling playing the full 90 minutes in 19 of Roma’s last 20 Serie A fixtures and being a key part of the team’s battle for a top-four finish.

Though that push for Champions League spots has stumbled somewhat over the last couple of months, Smalling says there is still much to fight for and remains open-minded about the prospect of staying.

“Yeah, I think the plan at the start of the season was to contribute as much as I can and then hopefully if we’ve all had a good season and hit our ambitions then those discussions can take place,” he told BBC Sport.

“I’ve been more than happy with my first half of the season, it’s now just making sure that we kick on and finish the season strongly because we have a lot to play for.

“Coming over here and trying to hit ground running with football was the priority.

“But my family settling in and me learning the language and enjoying the culture, it’s something you need to make the most of. My family and I definitely are.”

Away from club matters, Smalling has been on the outside looking in as Gareth Southgate has rebuilt the Englandnational side.

A clutch of young defenders coming through and the emergence of the likes of Harry Maguire and Joe Gomez as regular starters at big Premier League sides has meant Smalling hasn’t been in the picture since 2017, with his last cap coming against Scotland in a World Cup qualifier.

He didn’t travel to Russia as part of the squad in the end, but says the national team have been watching his performances in Italy and that he harbours ambitions of a return to the set-up.

“I know that Gareth and the coaching staff have been to a few of my games over here and I guess you know you are in their thoughts if you are playing at a top club.

“I hold those aspirations, and I just try to focus on here and what comes, comes. But I would very much like to be part of [the Euros], for sure.”

Aside from the aforementioned duo, Fikayo Tomori and John Stones are options who have not been first-team regulars at club level, with Tyrone Mings and Michael Keane further alternatives.

Roma are believed to be keen on completing a permanent deal for the 30-year-old, who has a further two years to run on his contract with United.

Woso re-runs during the downtime : WomensSoccer
2

Sinclair will hold all-time scoring record for a while, but who’s up next? : WomensSoccer
3

Team Canada will not send athletes to Olympics : WomensSoccer
5

Women’s Soccer Announces Signing of Naimah Dieme Through Team Impact
Back to top
This website uses cookies to improve your experience. We'll assume you're ok with this, but you can opt-out if you wish.Accept Read More
Privacy & Cookies Policy
necessary Always Enabled
non-necessary