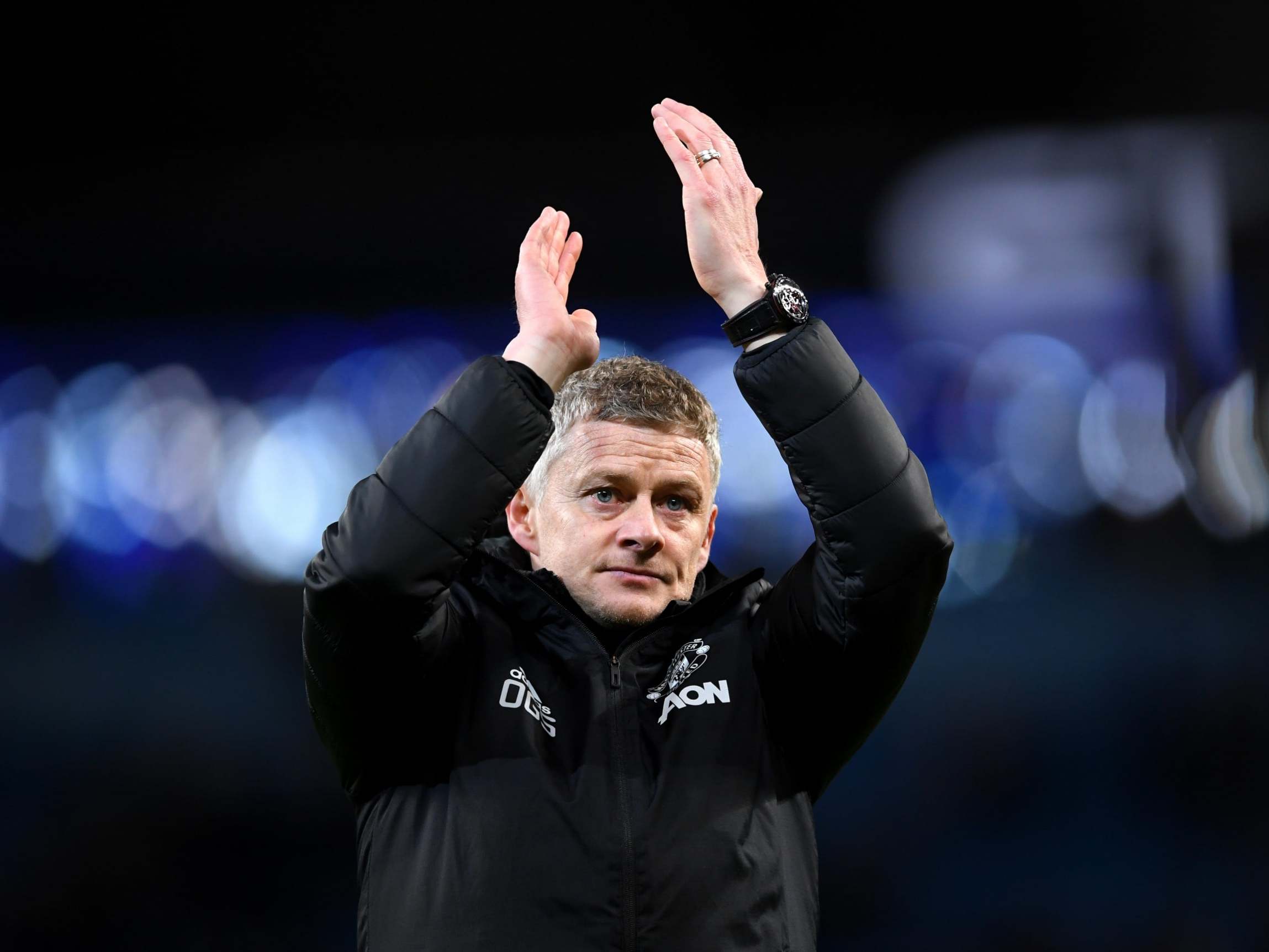 Ole Gunnar Solskjaer has admitted he craves a forward that “wants to break their nose” to score a goal after Manchester United crashed out of the Carabao Cup despite a 1-0 victory at Manchester City.

Pep Guardiola’s men edged the semi-final tie 3-2 on aggregate to earn another crack of domestic silverware on 1 March.

Nemanja Matic was the goalscorer for the visitors in the second leg at the Etihad Stadium on Wednesday night, with Solskjaer conceding their “quality wasn’t great”.

United only took three shots from inside the box and struggled with chance creation as well as having genuine bite in the final third.

The club expect to complete an €80m (£68m) package deal for Bruno Fernandes from Sporting Lisbon on Thursday, which will remedy some of their deficiencies in possession.

However, Solskjaer would still like to add an aggressive attacker to his squad.

“Let’s get the contract signed and medical done first, but the boy is fit and ready to play, I would presume,” United’s manager said of Fernandes. “ Let’s see if we get it done tomorrow.”

Addressing the inconsistent nature of United’s performances and results, Solskjaer revealed: “We need more goalscorers, more goals, someone who wants to break their nose or toe to score. It doesn’t always have to be nice goals. I need to challenge them more.”