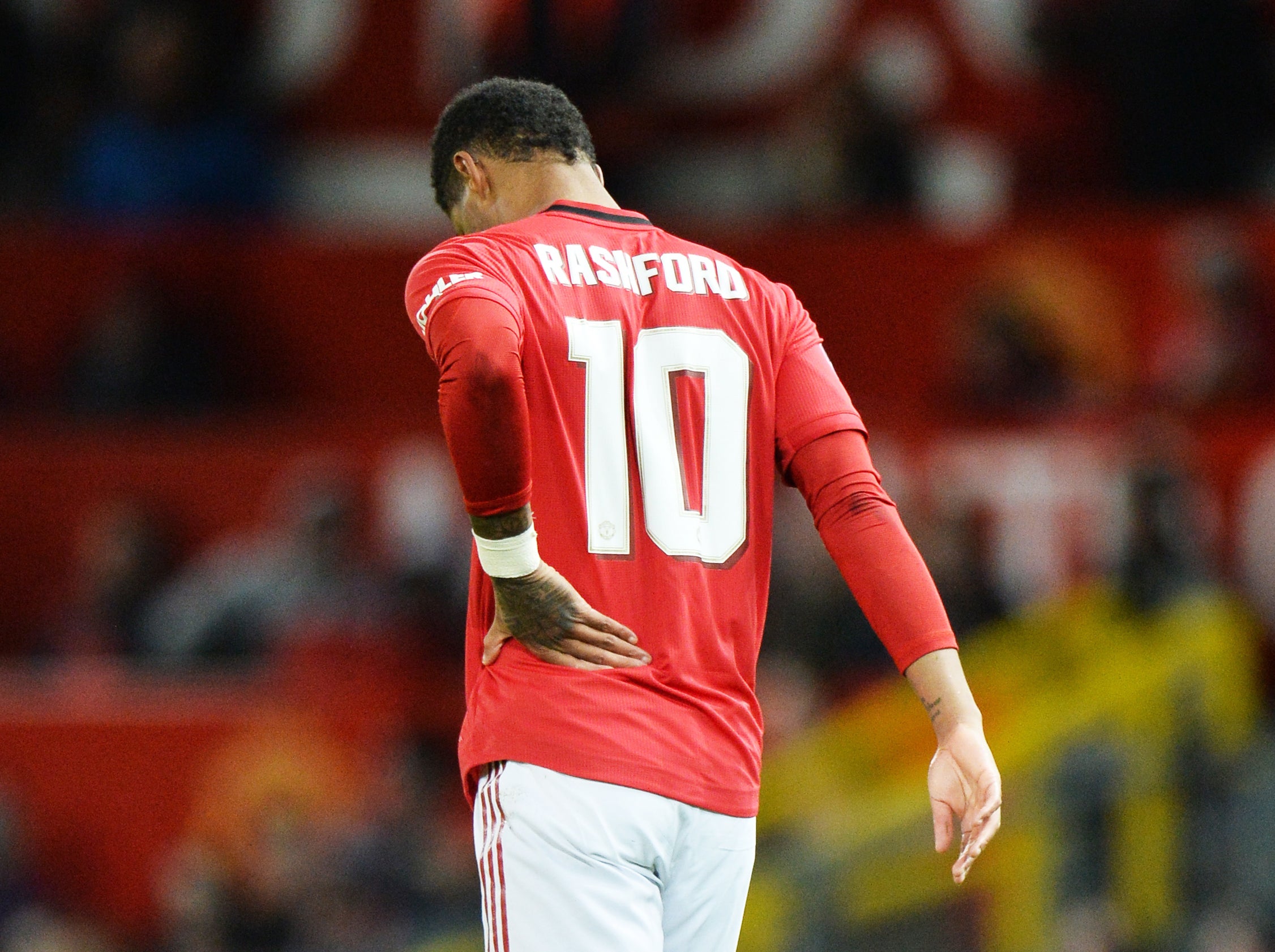 Manchester United could look at short-term options to replaceMarcus Rashfordin the January transfer market, with their top scorer likely to be sidelined for at least six weeks.

Rashford did not travel for Sunday’s 2-0 defeat to Liverpool after suffering a double stress fracture of the back after coming on against Wolverhampton Wanderers in midweek.

Ole Gunnar Solskjaer confirmed after the final whistle that Rashford would be out for a lengthy period of time and that a short-term replacement may be sought.

United are already without two key players in Paul Pogba and Scott McTominay, and have already explored temporary midfield options in the winter market.

“When you miss Scott, Paul, Marcus, any club and any team will notice that,” Solskjaer said. “So that might mean that we might look at some short-term deals to take us to the summer. It might not.

“Marcus suffered a stress fracture and will be out for I don’t know how long, but we will give him enough time to heal of course.

“Normally it’s six weeks before you even get going and then you need time to get match fit.

“The permanent signings we are looking for, the targets are not going to change because we’ve got two or three players injured for the next few months.

“It still have a plan behind them. But there might be some short term deals that we have to do.”

Solskjaer denied that Rashford had aggravated an pre-existing injury against Wolves, insisting that it was a fresh injury.