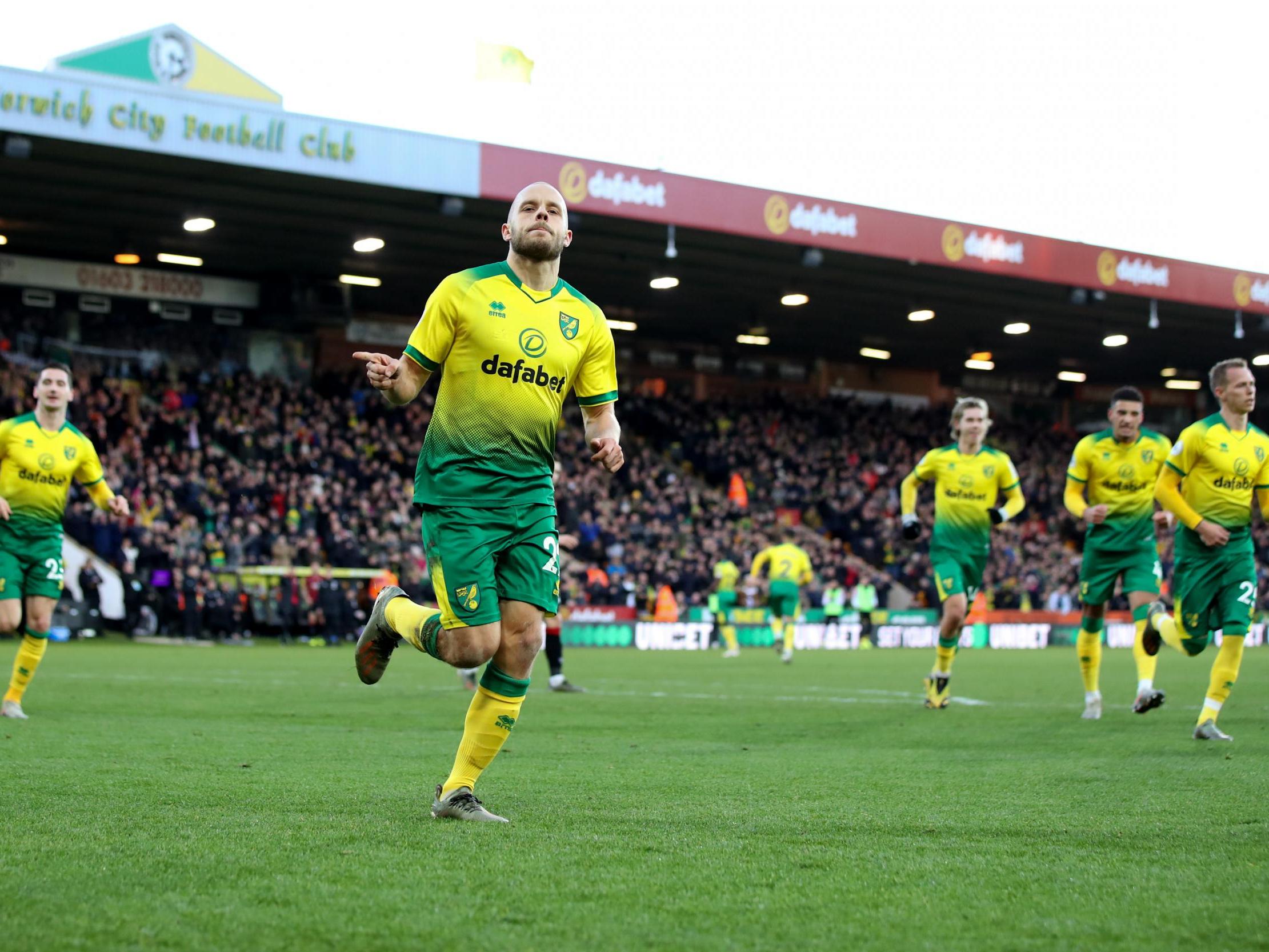 Norwich’s hopes of avoiding relegation received a valuable boost as they overcame Bournemouth 1-0 in the battle of the bottom two at Carrow Road.

The last-placed Canaries started the day six points adrift of the Cherries but halved that deficit after picking up their first league win since November.

The decisive incident came in the 33rd minute when Bournemouth defender Steve Cook flung himself at Ondrej Duda’s goal-bound shot and pushed it away with his hand.

Cook was subsequently handed the first red card of his career and Teemu Pukki slotted home the penalty for his 10th league goal of the season.

Norwich were also reduced to 10 men in the 76th minute, Ben Godfrey dismissed for a challenge on Callum Wilson that saw the Premier League have its first pitcheside VAR review, but Daniel Farke’s men held on for the win.

The Hornets skipper saw his second-half spot-kick saved by Paulo Gazzaniga, but it was another point claimed during the current resurgence under Nigel Pearson.

Watford have now taken 14 points from their last six games and are looking upwards in the final third of the campaign.

They came up against a Spurs team stuttering under Jose Mourinho and lacking a goalscoring threat without the injured Harry Kane.

Mourinho’s side have now gone three league games without finding the net and are without a win since Boxing Day, meaning their top-four chances are diminishing with every match.

There was plenty of drama at St Mary’s where Wolves staged a brilliant second-half fightback against Southampton to upset the form book with a 3-2 win.

Saints, looking for an eighth victory in their last 11 competitive matches, appeared to be cruising after taking a 2-0 lead through first-half goals from Jan Bednarek and Shane Long.

At that point Wolves’ winless run looked set to stretch to six matches, but Nuno Espirito Santo’s men turned things around in remarkable fashion after the break.

Pedro Neto reduced the arrears before Raul Jimenez levelled from the spot in the 65th minute following a VAR review. Jimenez then slotted home the winner 14 minutes from time.

Gabriel Martinelli put the Gunners ahead on the stroke of half-time at the Emirates but John Fleck snatched a point for fellow high-flyers United with an 83rd-minute leveller.

At the Amex Stadium, Jack Grealish’s second-half leveller cancelled out Leandro Trossard’s opener as third-bottom Villa bounced back from their 6-1 mauling at home to Man City with a battling draw.

Both goals at the London Stadium came at the end of the first half, Issa Diop putting David Moyes’ Hammers ahead against his former club before Dominic Calvert-Lewin equalised soon after with his ninth of the campaign.