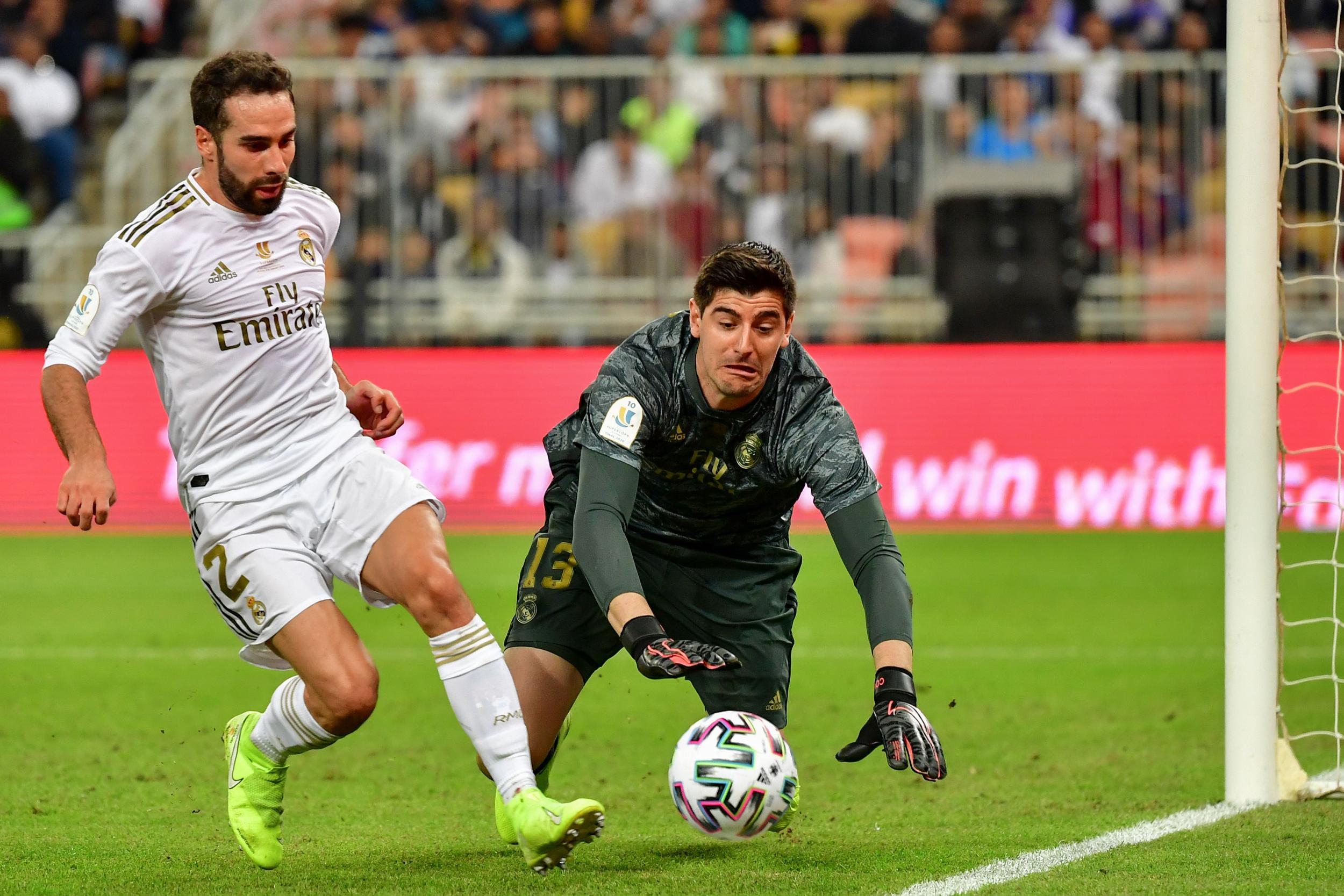 After a goalless 120 minutes, Saul Niguez’s effort against the post and Thibaut Courtois’ save from Thomas Partey saw Real Madrid win 4-1 in the shootout.

Neither side would have featured in the competition in its traditional set-up, but the new format has given Zinedine Zidane his first trophy of his second spell as Real Madrid manager.

Real Madrid finished the game with 10 men after Federico Valverde was rightly dismissed for a cynical hack on Alvato Morata as the Atletico Madrid forward raced through on goal in the 115th minute.

In a game of few chances, goalkeepers Jan Oblak and Courtois were responsible for the game going the distance, both making a number of important saves to keep their sides in the final.

Joao Felix had perhaps the best chance of normal time when Sergio Ramos presented him with a scoring chance on the edge of the area, but the forward could only drag an effort wide, a sign of what was to come in terms of the quality of finishing on show.

So how did the two teams fare? See the gallery below for our player ratings.