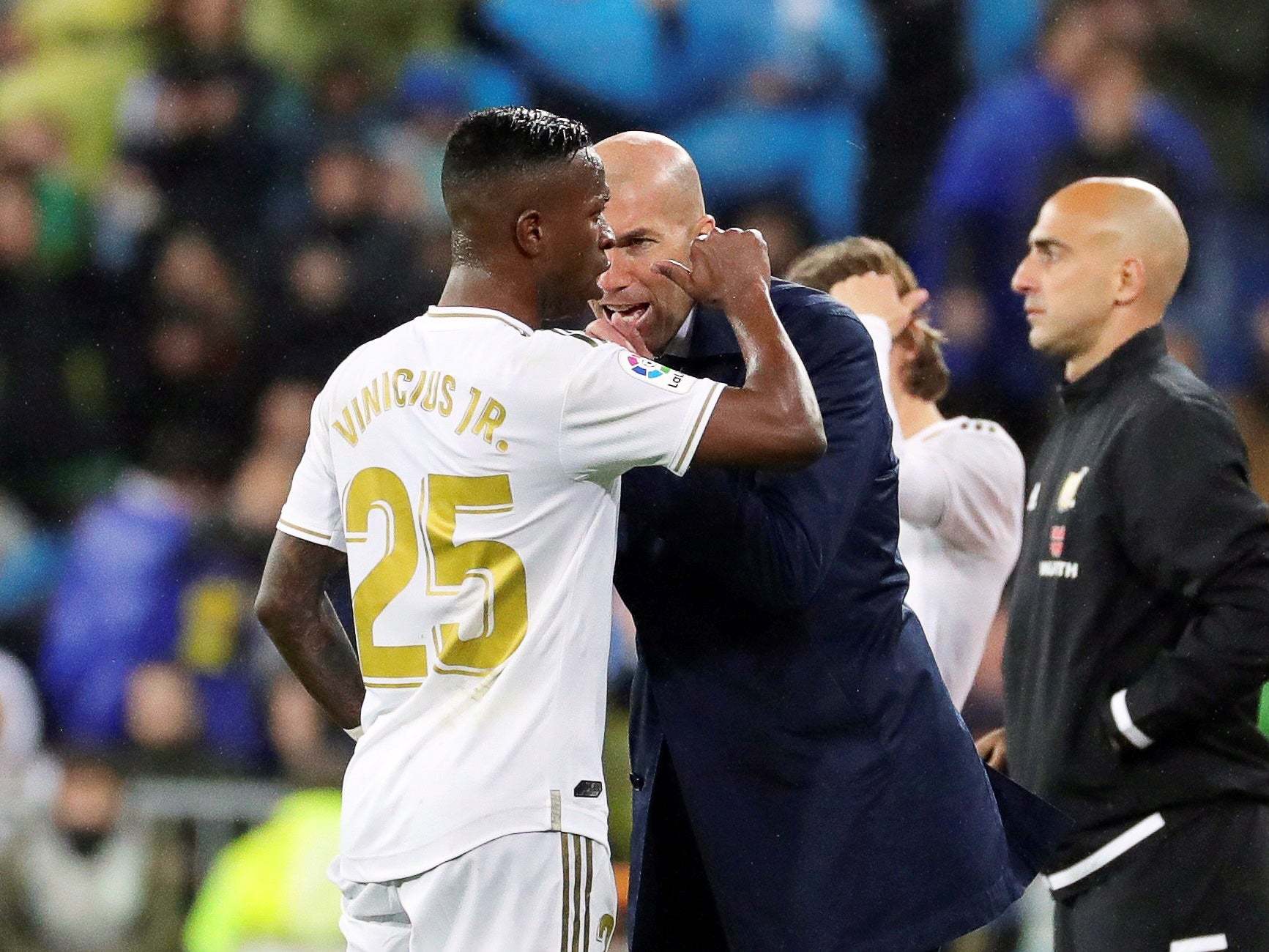 Real Madrid manager Zinedine Zidane said his side “almost overwhelmed” Barcelona as a 2-0 El Clasico win saw them climb to the top of La Liga.

The first 45 minutes were a defensive slog, with both goalkeepers forced into a handful of stellar saves. However, Madrid started piling on the pressure midway through the second and Vinicius Jr finally broke the deadlock for the hosts in the 71st minute.

Substitute Mariano extended the lead in stoppage time to lock up Madrid’s first El Clasico victory in the league since 2016.

Speaking after the game, Zidane credited his team for being able to up their energy in the second half.

“The second half was ours,” Zidane was quoted as saying on the club’s website. “The first half was even and our press up front was not perfect. In the second half we improved our press and we were better up top. We really pushed them hard and almost overwhelmed them. We won the game as a team today.”

Barcelona counterpart Quique Setien told his club’s website he was disappointed by the team’s effort in the second period.

“We were clear about what we had to do – we had to wait for our moment, we had to be patient, try and keep the ball,” he said. “When (Madrid) come out to pressure you they leave space. We took advantage of that really well in the first half.

“But I think in the second half, I can’t understand why, we started to lose the ball rather easily. It was a shame we weren’t able to retain in the second half that control we had (in the first). At the end of the day, it will help us to come to some conclusions and learn from what we’ve done and the mistakes (we made).”

Following two consecutive losses – against Levante in La Liga last weekend and Manchester City in the Champions League – Sunday’s victory sees Madrid overtake Barcelona at the top of the table.

“These are three important points because it has been a difficult week and today we had the opportunity to change that,” Zidane said. “It’s three points and we regained the lead, but we’re going to have to fight to the end.”