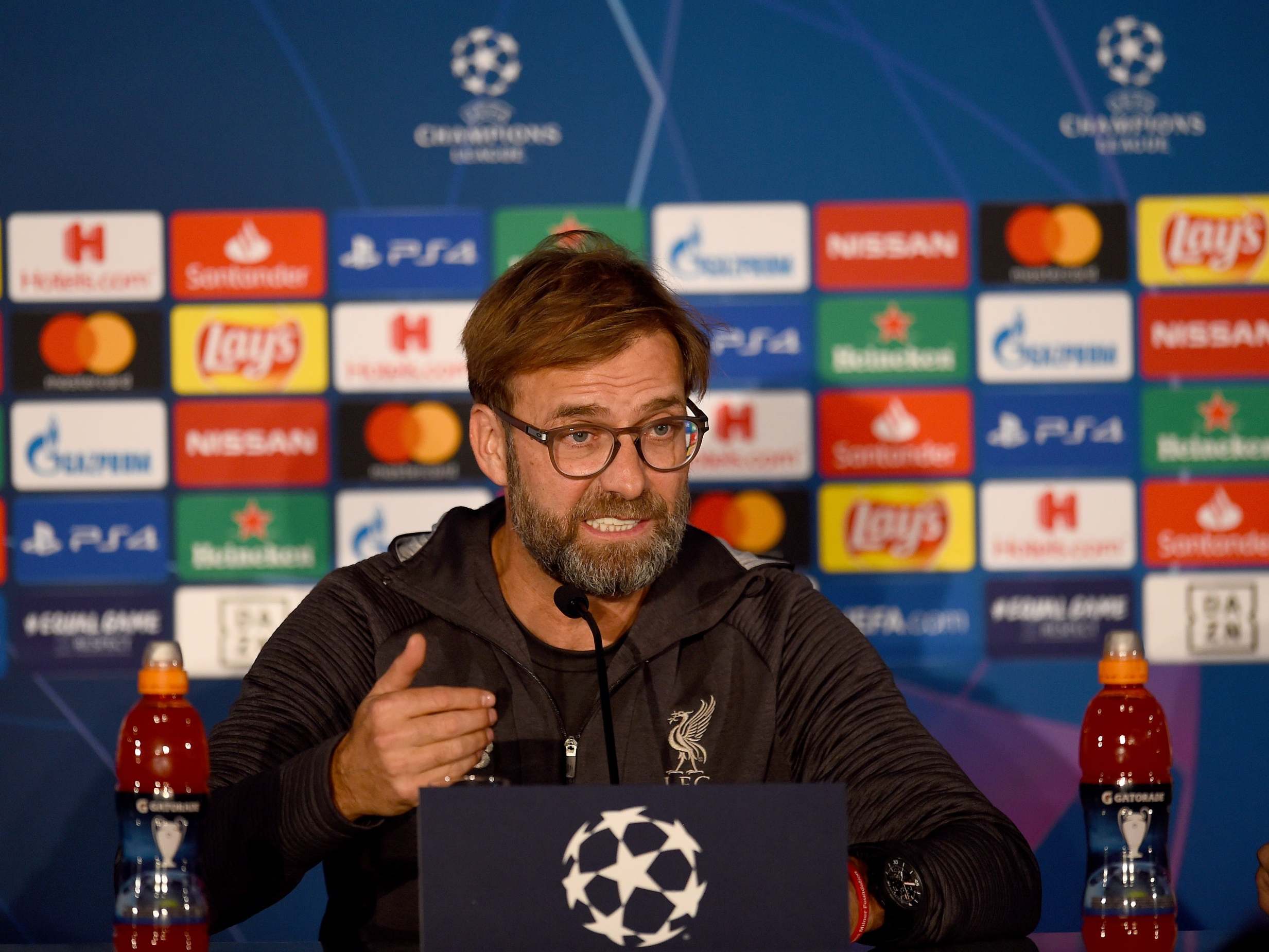 Liverpool manager Jurgen Klopp is confident his players can handle “the most intense period of their lives” to keep their Champions League and Premier League title ambitions on track.

The club are currently in the middle of a run of eight matches in 26 days in December.

Klopp’s side, top of the table domestically, need a point against Red Bull Salzburg in Austria to progress to the knockout stages in Europe on Tuesday but anything less will likely mean an unthinkable drop into the Europa League for the defending champions.

Also looming on the horizon is a week-long trip to Doha for the Club World Cup, which also comes in the same week as a Carabao Cup quarter-final at Aston Villa for which Klopp has had to assign to the youth team.

Asked whether his players could handle the physical demands he said: “No I don’t expect drops (in fitness and intensity) and if they happen I will prepare the solution then.

“Yes it is difficult but there is a job to do. We don’t ask for excuses, we know our schedule. We know where we have to go. We played three days ago (at Bournemouth) a tough game, six days ago a very tough game (against Everton).

“We play in another in four days a very tough game (against Watford) and then we fly to Qatar. We don’t expect drops, we don’t accept drops; not just me the boys as well. We ask ourselves for the highest concentration. Then we will see what we get for it.

“We are a group which is in the most intense period of our lives and we will try to enjoy it. It is difficult, no doubt about that, but that is nothing that can stop us.”

One thing they may have to do is stop a free-scoring Salzburg side which has found the net 16 times already.

Only by Bayern Munich (21) and Tottenham (17) have scored more and they also have Erling Braut Haaland, son of former Leeds and Manchester City midfielder Alf-Inge, whose eight goals in the competition – bettered only by Bayern Munich’s Robert Lewandowski’s 10 – have contributed to a tally of 28 in just 21 appearances.

The hosts have to win to progress and so they will attack Klopp’s side but the Reds boss believes their recent experience, having got to the last two finals, winning one, and the way they have qualified in the last two seasons from their final group match will stand them in good stead.

“Salzburg has to win against Liverpool; it’s possible because it’s football, I like that, but we are there. We are not a typical Champions League winner (of) last year or finalist of two years before.

“We are still ambitious like crazy, we will go for everything, we will run for our lives – that’s what we are, plus playing football.

“It’s not that we come here and think that we have to dominate Salzburg, we will fight in each challenge, 100 per cent.”