Sheffield United vs Manchester City: Why VAR did not order re-take of Gabriel Jesus missed penalty 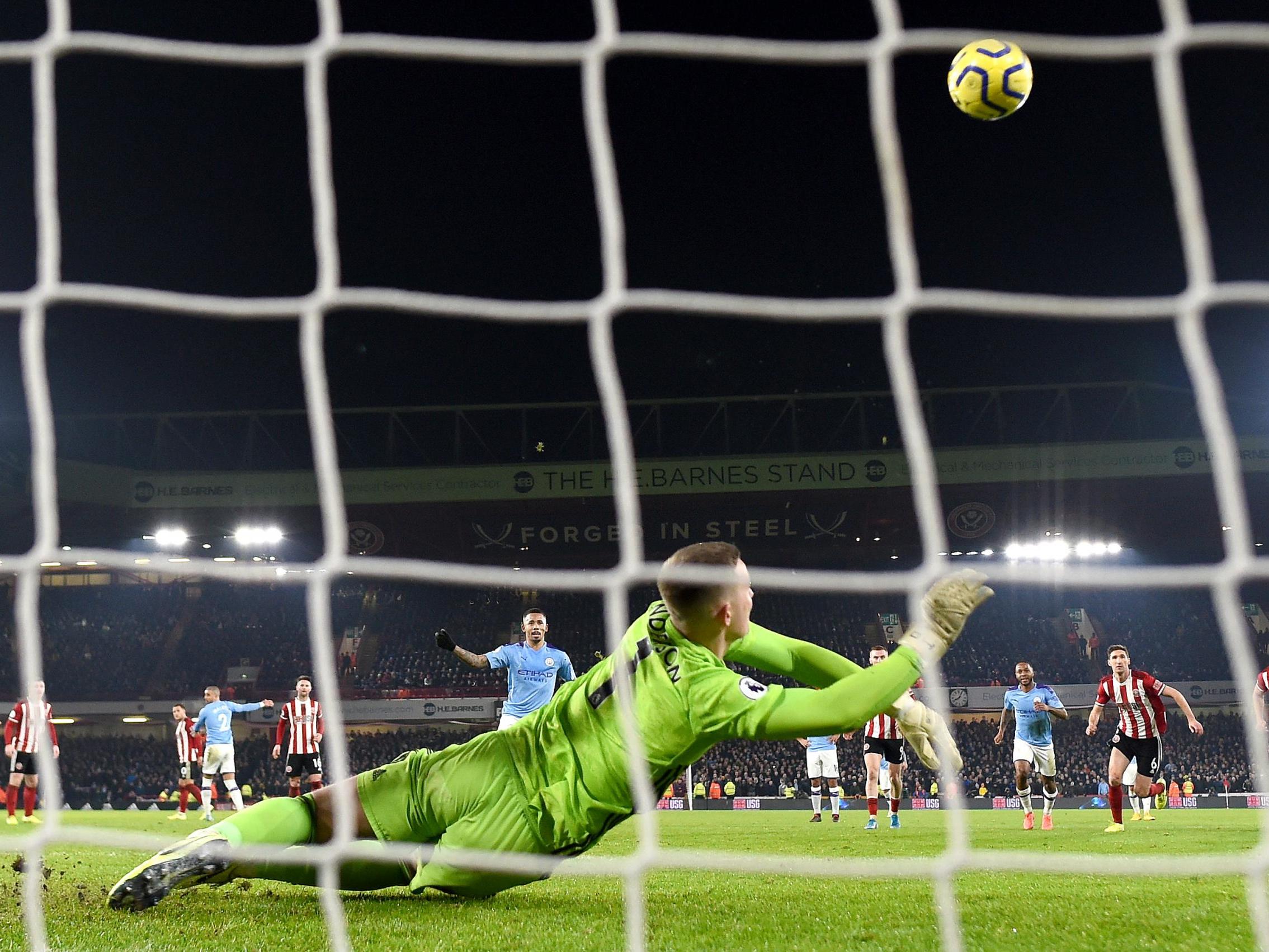 Manchester City’spenalty against Sheffield United was not re-taken as VAR is not used to judge a goalkeeper coming off their goal-line on spot-kicks in the Premier League.

Gabriel Jesus saw his first-half penalty saved by Dean Henderson, who had strayed at least a yard off his goal-line by the time the ball was kicked.

But Jesus was not given the opportunity to re-take the kick as Premier League officials decided against using the video review system on such incidents.

The top-flight instead trusts on-field officials to judge whether a ‘keeper has strayed off the line, effectively retaining last season’s version of the rule.

The rule on goalkeeper encroachment at penalties was changed last summer by the International Football Association Board (Ifab).

Goalkeepers should now have at least part of one foot on the goal-line at the time the kick is taken or, if they are jumping, have one foot in line with it.

The rule change caused controversy during the Women’s World Cup in France last year, when several spot-kicks were retaken for marginal goalkeeper encroachment.

VAR was used to judge whether goalkeepers had strayed too far forward during that tournament, but the Premier League elected against using technology to enforce this rule.

In the Champions League this season, referees only penalise goalkeeper encroachment if it is deemed “clear, obvious and blatant”.

Jesus’s miss was his third of the season from the spot for club and country, and his fourth miss from eight penalties during his City career.