Valencia vs Barcelona prediction: How will La Liga fixture play out? 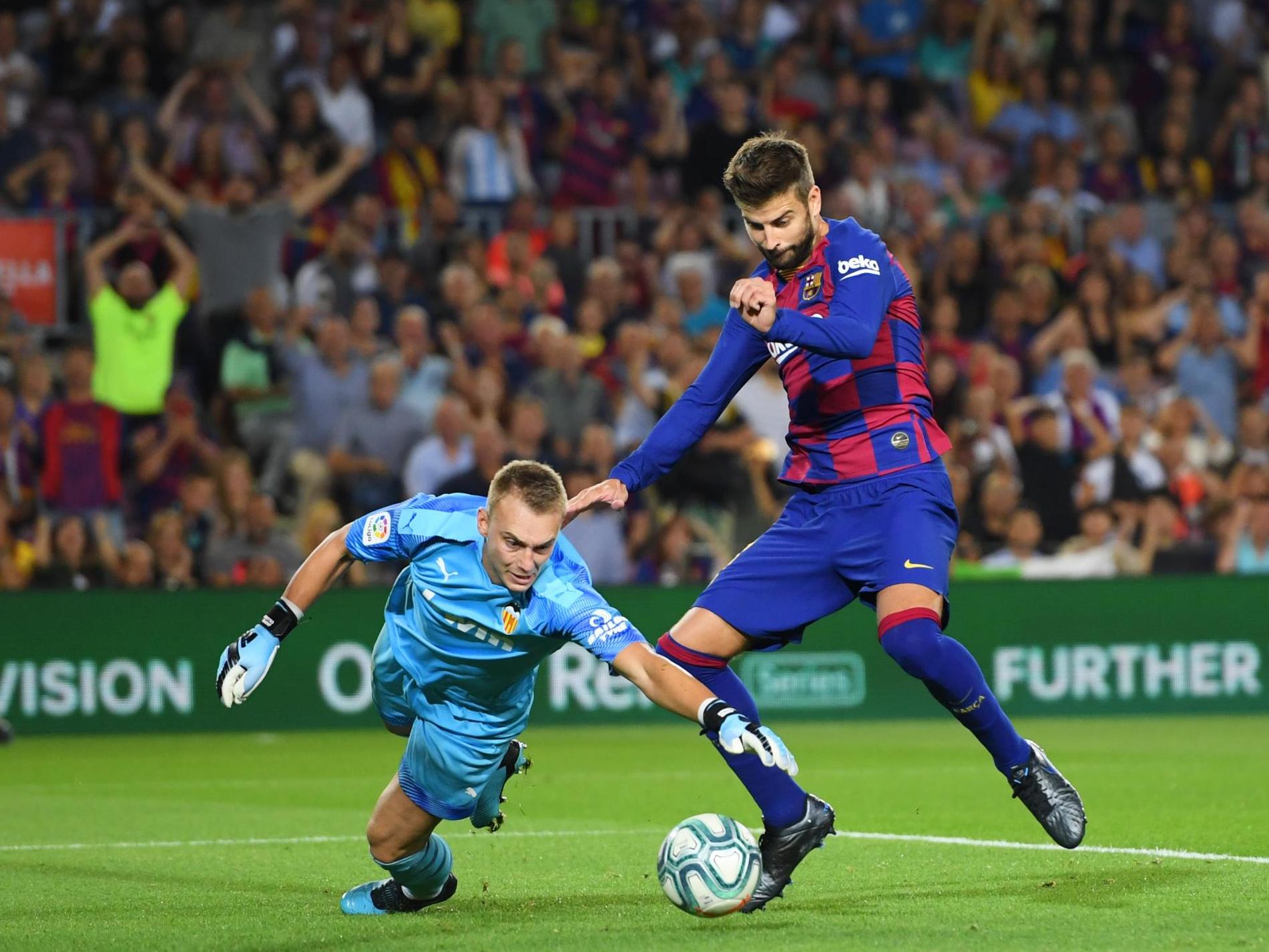 Barcelona travel to Valenciaon Saturday as Quique Setien’s side look to maintain their place at the top of La Liga.

The champions are currently leading Real Madrid on goal difference with Setien just two games into his tenure.

A 1-0 win against Granada was followed by a flat win against Ibiza in the Copa del Rey in midweek, although Antoine Griezmann’s double provided goalscoring promise in the absence of Luis Suarez.

Valencia have endured mixed fortunes as of late, thrashed 4-1 by Mallorca last weekend as captain Daniel Parejo was sent off.

The match kicks off at 3pm (BST) on Saturday 25 January.

The game will be broadcast live on LaLiga TV via Premier Sports with coverage beginning as early as 11am.

Valencia:Los Che will be without Dani Parejo due to suspension, while Cristiano Piccini, Goncalo Guedes and Manu Vallejo are all ruled out with injury. However, striker Rodrigo may be able to return from a knee injury amid links that he could move to the Nou Camp this month, meaning Maxi Gomez may well miss out on a place in the starting eleven.

Barcelona:Jordi Alba, Samuel Umtiti and Arturo Vidal are all likely to return, while Nelson Semedo and Ansu Fati could drop to the bench. Ousmane Dembele and Luis Suarez remain absent, while Neto is also a doubt having sprained his ankle against Ibiza.

Valencia have a strong recent record against the Spanish champions, famously defeating them in the Copa del Rey final last year to end the club’s trophy drought. However, Barcelona are likely to be re-motivated after a somewhat disappointing performance against Ibiza under Quique Setien. Antoine Griezmann found form in the fixture, scoring twice, while Lionel Messi was rested. Ultimately, the superior quality should shine through.