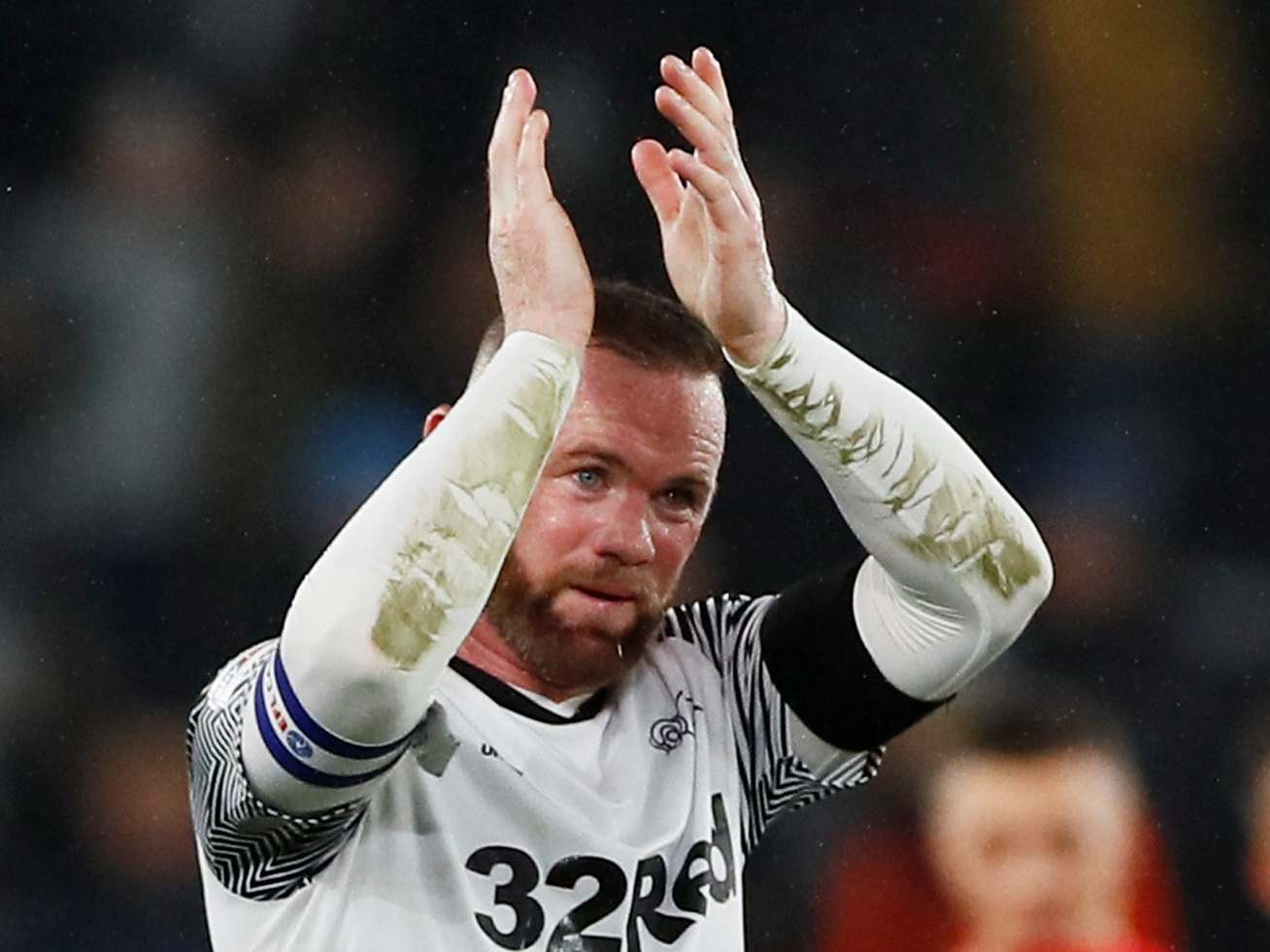 Derby County boss Phillip Cocu was pleased by Wayne Rooney’s debut and explained his experience has convinced him to hand him the captaincy on a permanent basis.

​Rooney played a key role in both goals on debut in the 2-1 victory against Barnsley at Pride Park on Thursday night.

The former England striker was handed the armband on his debut after signing an 18-month deal back in August, replacing Curtis Davies.

And Cocu confirmed his decision is permanent: “Yes, he is the captain. I spoke with Curtis this week and he understands.

“When someone with the experience of Wayne Rooney comes in – a former captain of the national team – then it makes sense that he is the captain.”

Rooney had been training, coaching and sitting in the dugout at matches for several weeks, but Thursday night was the first time he had been eligible to play following his departure from Major League Soccer side DC United.

The 34-year-old, included at the expense of the suspended Krystian Bielik in the only change made by Cocu, played the full match, despite it being his first competitive game since October.

“Maybe he surprised everybody by staying on for 90 minutes, but at half-time he said he felt good. So I said ‘if nothing changes, you stay on’,” said Cocu.

“We have to be careful and build up his resistance and endurance but we will take a look at how he recovers and make a decision for the next match on Sunday.”

Rooney set up the opening goal for Jack Marriott and was involved in Derby’s second scored by Martyn Waghorn, providing a pin-point diagonal pass, either side of Elliot Simoes equalising for Barnsley.

His debut coincided with the Rams winning back-to-back matches for the first time this season, having also beaten Charlton 2-1 at Pride Park on Monday, and Cocu thinks Manchester United and England’s record goalscorer underlined his value to the team.

“Wayne Rooney was important today,” said Cocu. “Jack Marriott got the first (goal) from his free-kick then Martyn Waghorn got the second, which came from Wayne’s magnificent cross-pass to Andre Wisdom.

“I am happy to see he did well. He played the full game and he made a positive contribution.”

Barnsley boss Gerhard Struber felt the Rooney factor did not work in his team’s favour.

“It was not enough for a point. The energy from the opponent with Rooney for the first 30 minutes gave us a lot of problems in the game and we couldn’t find control. In many situations we could have been better,” said Struber.

It was a first defeat in six Championship games for the Tykes, who remain second-bottom and three points adrift of safety.

“It is not so easy because our situation is difficult and we need points,” said Struber.

Wiegman has spoken out against the current regulations the Dutch team is subjected to, reffering to their situation as a ‘prison’ : WomensSoccer
4

[Toppserien] Round 09 results and highlights : WomensSoccer
5